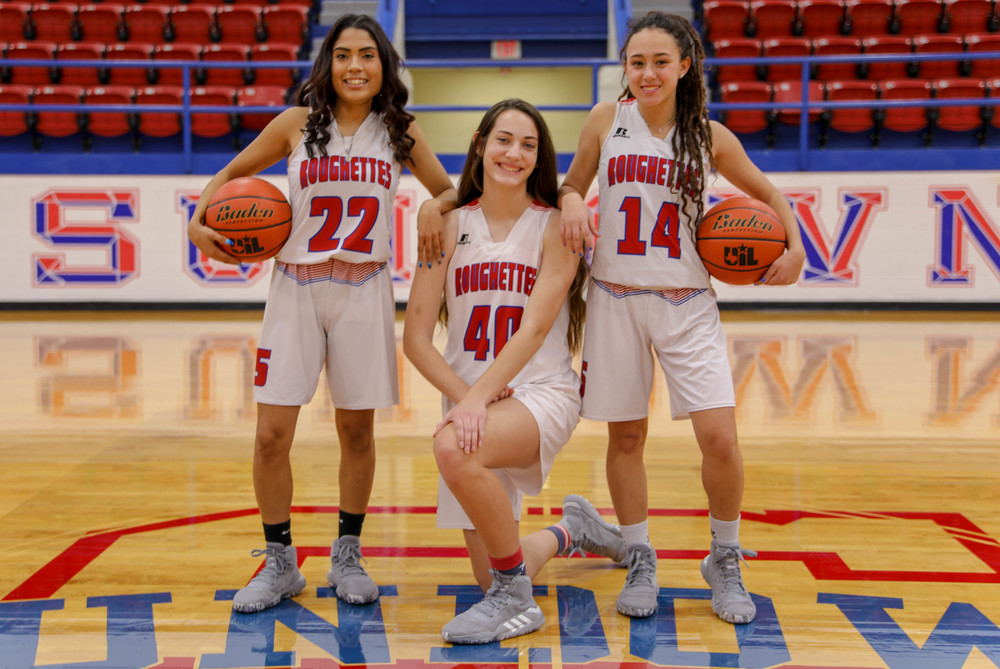 The Sundown Roughettes had their first district game Tuesday, January 14,  against Seagraves and came away with a big win of 51-24. These girls continue to look better as a team as the season progresses. The girls are now 2-0 in district after a lopsided win on Friday against Smyer of 44-20.

This Roughette team has three seniors, two of which are returning to the varsity from last season, #22 Geneva Cortez and #14 Alyzah McGlasson; Geneva is a three time returner for the varsity team and Alyzah is a two time returner. These two guards are quick and and give team a spark both offensively scoring and defensively on the press. First time varsity player Grace McAdams has made an impact on the team in the post position after a couple of years being away from basketball.

Head Coach Brian Legan, who has been coaching for a total of 26 years, including and 17 years with the Roughettes has accumulated 370 wins with the the red and blue. Coach Legan told us that he always has a game plan in his back pocket around the second part of district that helps counter anything the opponent throws at his team. We hope to see the girls continue to get better as district continues..

“I thought from a defensive stand point we executed the press and got a lot of turnovers off of that so I think we executed the game plan really well. Offensively we only had 3 turnovers which is a really low number and its something we've been working on since day one of practice.” said Legan.

The Varsity girls have been doing really well in district and they hope to continue playing a great game. We hope to see these girls make it far into the playoffs. We know the girls will continue to fight their hearts out on the court. GO ROUGHETTES!!!!!!!!