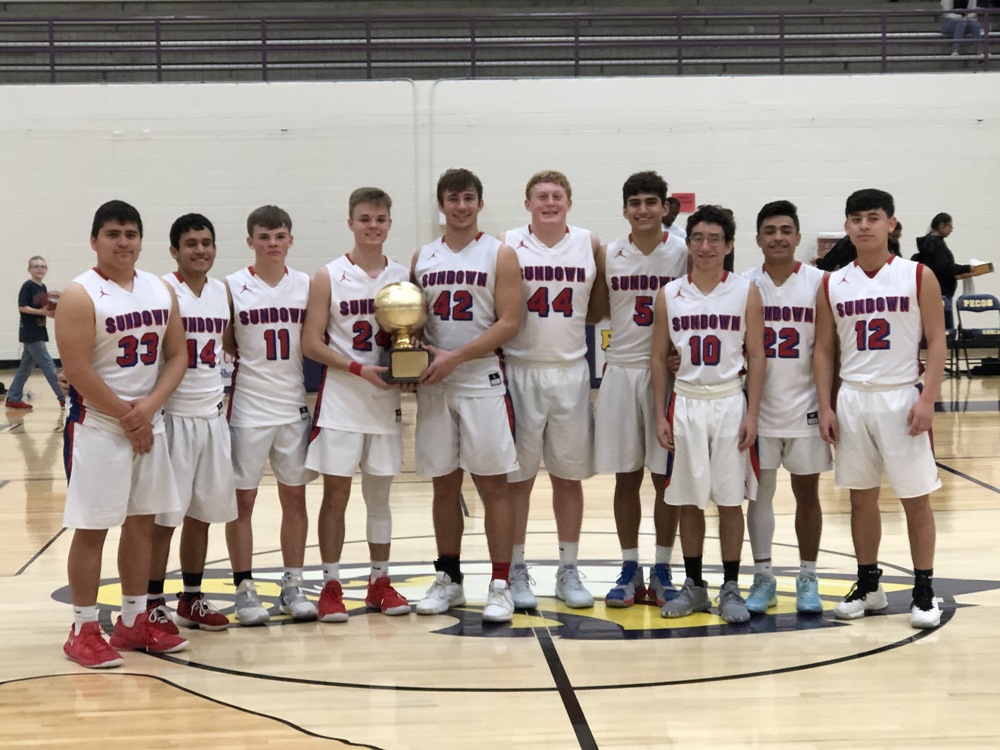 The Sundown Roughnecks are Bi-District champs after coming from behind to win over the Fort Hancock Mustangs 66-52, but the game was close until midway through the last quarter. The boys are now advancing to the Area Round to take on the Stamford Bulldogs in O’Donnell, Texas on Thursday on February 27 at 6:00 pm for a chance to advance to the Regional Quarterfinals.

In the final 8 minutes, the Roughnecks started to run away with the game. #22 Michael Ojeda was making baskets left and right by putting up 20 points in the second half! With the team right behind him, the Roughnecks were able to take control of the game and come up with a win over the Mustangs. At the end of the fourth quarter the score was 66-52.

The Roughnecks played an outstanding game. The boys traveled far to play, but came back to Sundown with a GOLD BALL in their hands. Each Roughneck did their job and helped the team come out with a victory. Scoring totals include: Carson Boggs put up 2 points, Omar Lopez put up 3, Carson Holson made 8 points, Brice Legan & Gus Davis scored 12 points each, and Michael Ojeda put up a whopping 29 points. CONGRATULATIONS to the Roughnecks on winning Bi-District. GO ROUGHNECKS!!!!!!!!!! CAGE THE BULLDOGS!!!!