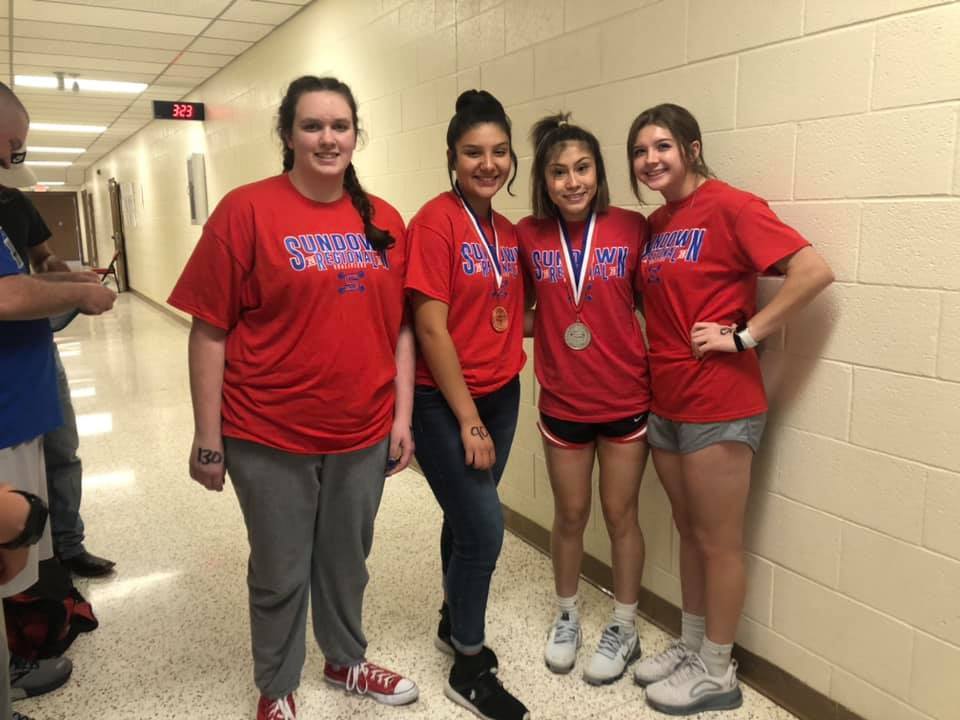 The girls Regional Powerlifting Meet weigh-in was Thursday, March 5. SHS lifters Micaela Hernandez, CJ Lopez, Revee Caranza, and Katie Sehon traveled to Seagraves to weigh-in. When it started at 4:30, there were two lines: one for the light lifters and a line for the heavier lifters. The light lifter line was the 97’s -148’s and the other line was the 165’s - SHW’s. All of the girls made weight, which resulted in a successful day. After they weighed in they traveled back home to get a good night rest for their meet the following day.

The next morning, Friday March 6, the girls were ready and in the van by 7:45 am. As they drove into Seagraves for their meet, the girls felt nervous, but confident in themselves that they would do a good job.

By this time there was a 30 minute break going into the last lift which was deadlift. Once deadlift had started everyone knew what they had to pull to be able to advance to State. In every weight class there’s a qualifying total, and if an athlete hits it at the Regional Meet, she automatically qualifies for State; however, it is quite a hard task to do. During this time Katie Sehon had set a goal for herself to beat and set a new Regional record in deadlift. The Regional record was 340 for her weight class, and the most she had ever pulled was 345 in an invitational meet. Although she knew her personal record was only 345 she was determined to pull 360, and SHE DID!!!

Overall the girls had an outstanding day at the regional meet! Congratulations to all four of them for competing at the Regional meet level; they really did a terrific job. It was CJ’s last year to compete because she is a senior, and overall she had an awesome four years as a powerlifter. She was a great leader and the team was grateful to have her. She will definitely be missed. On the other hand, a huge congrats to Katie Sehon for setting a new Regional record.

Micaela Hernandez will compete at the State Powerlifting Meet in Waco on March 19th- March 20th. To look at any Invitational meets, or regional standings on how the girls have done this season, visit http://www.thswpa.com/Default.aspx (Sundown is Region 1, Division 3). GOOD LUCK TO MICAELA!