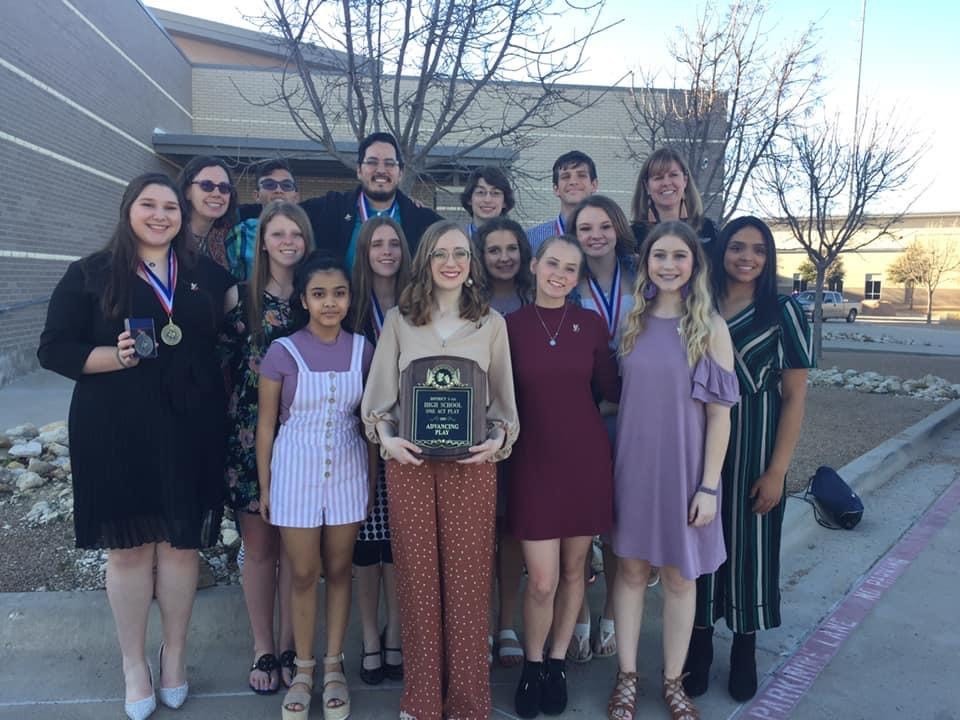 On March 14th, the Saturday prior to spring break, the Sundown High School OAP competed at the district competition in Plains. The group has dedicated many hours to practice this year. The high school students and director Mr. Randal Ramirez have worked extremely hard putting this play together and making it the great thing it is now.

The team advanced out of district, along with Plains and Seagraves, to move on to Bi-District competition in Van Horn. Peyton Hastings and Alyssa Russell received Honorable Mention All-Star Cast, while Jonna Pool and Gwen Buchanan were voted All Star Cast. Way to go!

The OAP cast and crew is hoping for the Bi-District competition to be rescheduled due to the current UIL suspension of all activities. We are proud of you, OAP! Way to represent SHS!