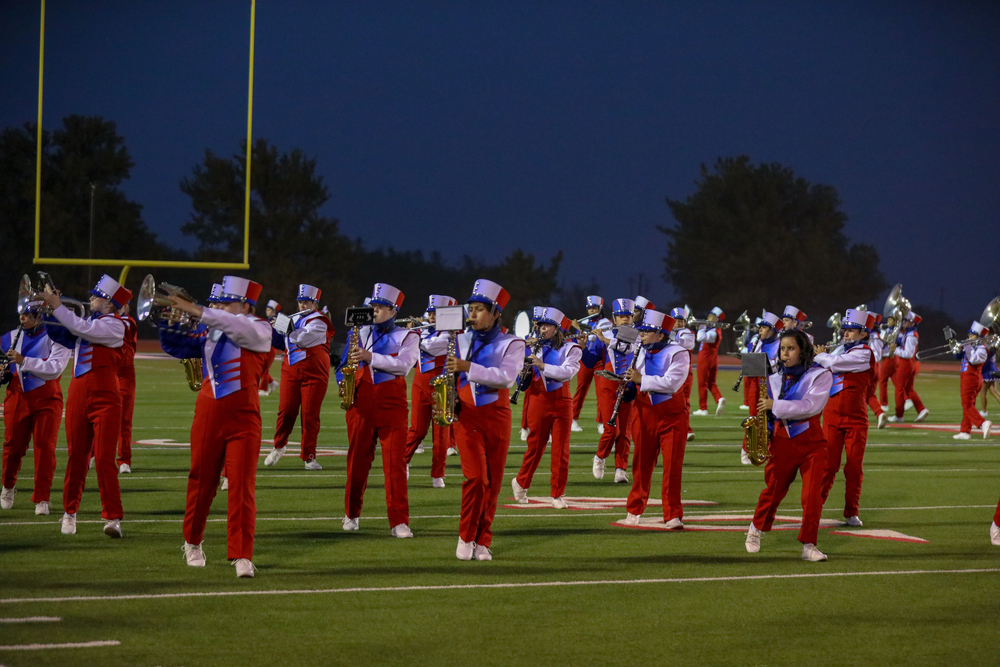 The Sundown Roughneck Band is composed of 8th, 9th, 10th, 11th, and 12th graders. They performed their first movement at the homecoming game on September 18th, which was a huge success. The band director, Mr. Mauldin, said that it was the best run through yet.

The band will learn three movements for competition in October. The whole performance is broken into three parts. The songs they perform alongside the marching includes an original composition by Luke McMillan, who also put the entire show together, the second song is “Stairway to Heaven” rearranged to be performed by the band and the final song is “Russian Christmas Music.” The band has learned two of the movements and performed them at the Farwell game. The third movement should be ready for field performance by October 9th at Post.

Mr. Mauldin says that the progress of the band is going very well considering the circumstances, such as covid and the late start. The band as a whole is doing quite well in overcoming difficulties. The band was not able to start learning the movements until after school started due to UIL restrictions, and the band is very close to being ‘caught up’ time wise. The band has a festival on October 17, at Lowery Field at 4:45 pm and the UIL region competition on October 24, also at Lowery Field at 1:45 pm. The Sundown band invites you to buy tickets for both competitions, which are sold online. Fans can find the information on the Sundown Roughnecks Facebook page.

There are numerous people to thank for the success of the band this year, including the students, Mr. Mauldin himself and the other band directors, Mr. Bibb, and Ms. Weisgerber. Mr. Marshall, the superintendent, and Mr. Evans, the high school principal, both helped to make the band able to be a part of the game atmosphere but also stay out of the stands so we can have as many fans as possible. The administration, the school board, and many more people have put in so much effort to get football, band, and all the other sports to happen. It is a team effort both on the field during the football game and also at halftime.