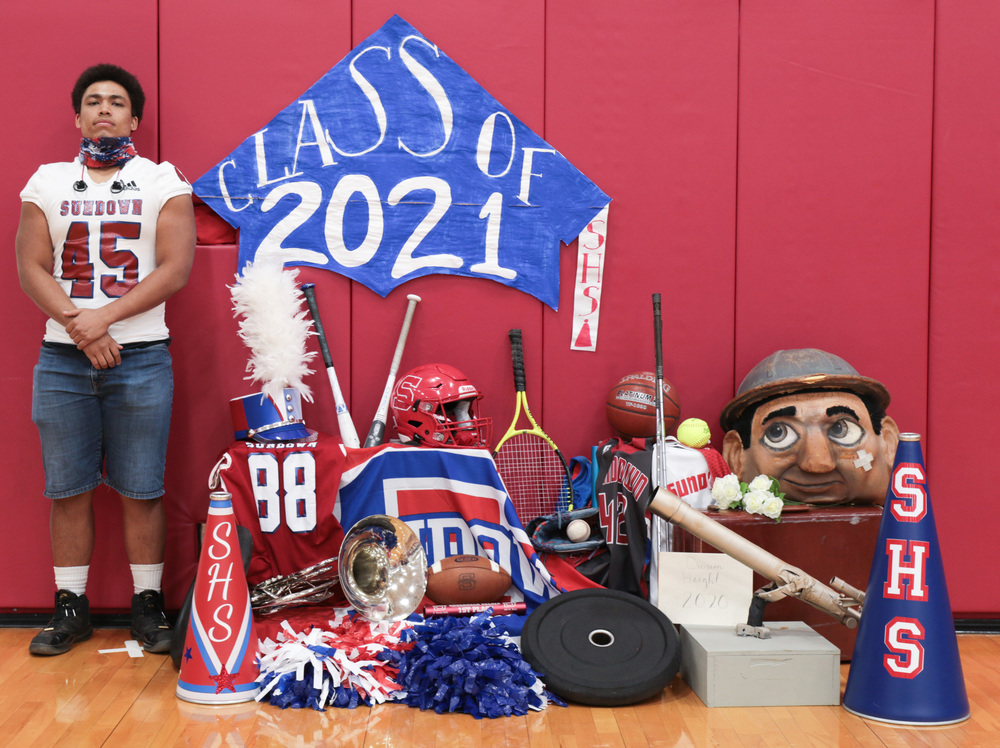 Jonathon Golightly united with the Class of 2021 in 2nd grade. In elementary, Jon’s favorite memory was when he accidentally knocked Marcos Hernandez out and still to this day Marcos does not remember any of it. As he moved into middle school, Jonathon recollects a fond memory when he was helping his friend Tyler out with a tackle but ended up tackling Tyler and the opponent he was trying to take down. During high school, Jon's favorite memory was having so many more nicknames than anyone else at SHS. His accomplishments  include getting a spot on  as special teams MVP in football. He appreciated the computer science course in high school. Jon plans to go to SPC to study Computer Engineering.  Jon’s treasured quote by Dr. Seuss is, "Today you are you, that is truer than true. There is no one alive who is youer than you!”  Brody Black served as Jonathon's role model, with him making an impact as they both played football. Thankfully, Jon has offered some advice to the underclassmen stating, “Enjoy the time you have, events don’t last, but the memories you make will last forever.”