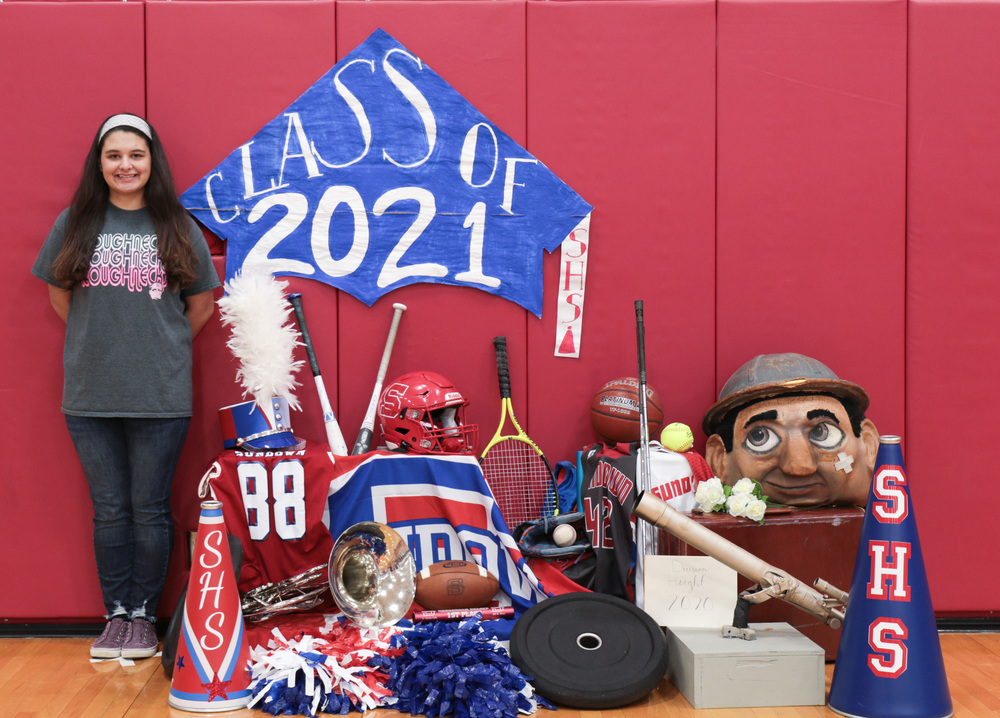 Destiny Hernandez joined the Class of 2021 when she enrolled in the 3-year old program. In elementary school Destiny’s favorite memory was when she went on a field trip to Palo Duro Canyon in 4th grade, back in 2013. When she moved up to middle school her favorite memory was her 8th grade promotion. Destiny is a proud member of the Pride of the Oil Patch Marching Band. In high school her favorite memory was going to state for band her sophomore year. In 2017 Destiny, along with the band, placed ninth in the state band competition, and then went back and placed second in 2018. Her favorite class in high school was band. Destiny plans to attend South Plains College and study Behavioral Science. An inspirational quote that follows her is one by Albert Einstein which states, “Failure is success in progress.” One of Destiny’s own teachers, Mrs. Gattis, is her role model whilst in school. If Destiny could leave one message for the underclassmen it would be, “ Encourage yourself, believe in yourself, and love yourself. Never doubt about who you are.” Best of luck in the future, Destiny.