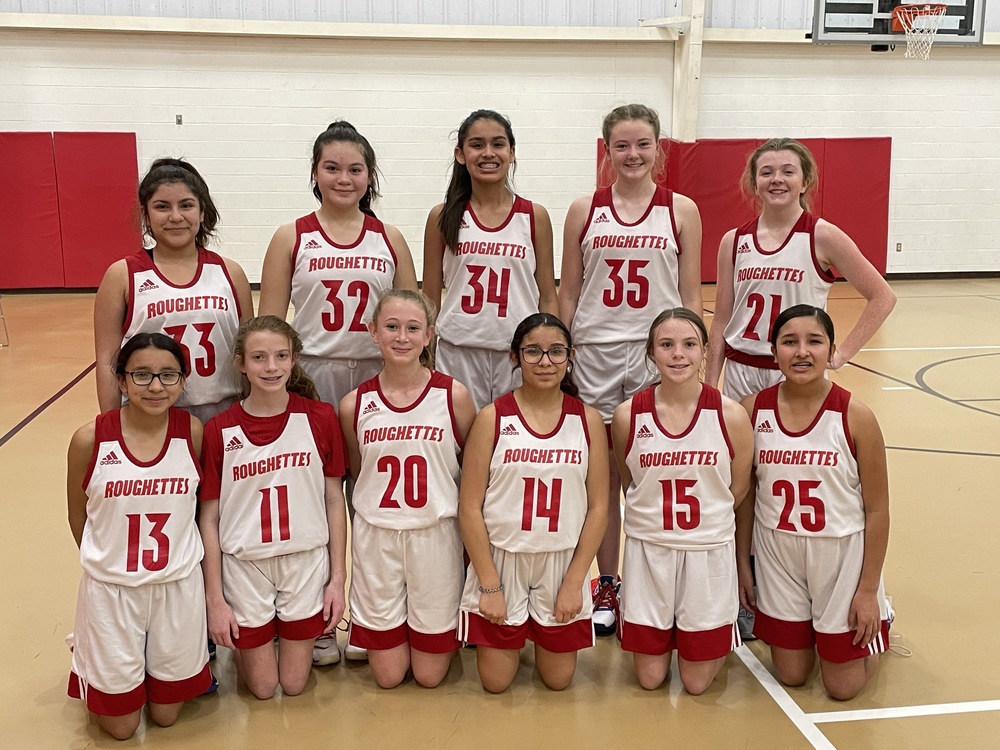 The JH Blue team played Seagraves at home and won 39-7. They scored 18 points in the first half and 22 in the second. Emry Jordan scored the most points from Sundown with a total of 10. Seagraves scored 4 points in the first quarter but did not score again until the fourth quarter with three free throws.

The next game was another win against New Deal with a just a two point difference. Sundown scored 17 points in the first half and 7 in the second ending the game with 24 points, and New Deal ended the game with 22 points. Jaymee Medrano scored the most for the Roughettes leading the team with a total of six points.

Their final game of the season was against Sudan with a 44-20 loss. Throughout the season the players and coaches did an amazing job representing our school. Congratulations on a great year JH Blue team!