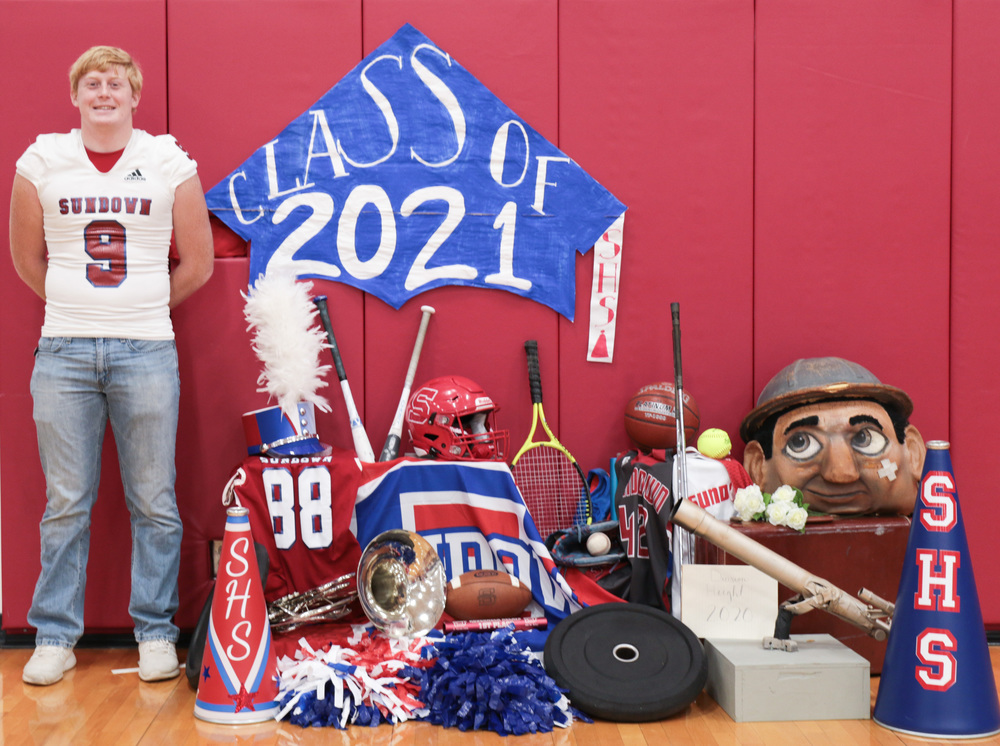 Carson Holson became a Roughneck in the 6th grade, and his favorite middle school memory is when James Hernandez said, “Let’s go get us an Eagle,” when playing football against the Plains Cowboys. His favorite high school memory is beating Panhandle his junior year in football and getting hyped in the locker room. Carson has been a member of the Sundown varsity football, basketball, and baseball teams. He is also a member of the National Honor Society, Student Council, and is the Vice President of the senior class. Carson plans on attending Texas Tech University, but is undecided on a degree. His favorite class from high school is Bible with Mr. Buchanan, while Mr. Buchanan has been his role model. A quote Carson lives by is “Well done is better than well said,”  from Benjamin Franklin. Carson’s advice for underclassmen is, “Don’t take anything for granted.”