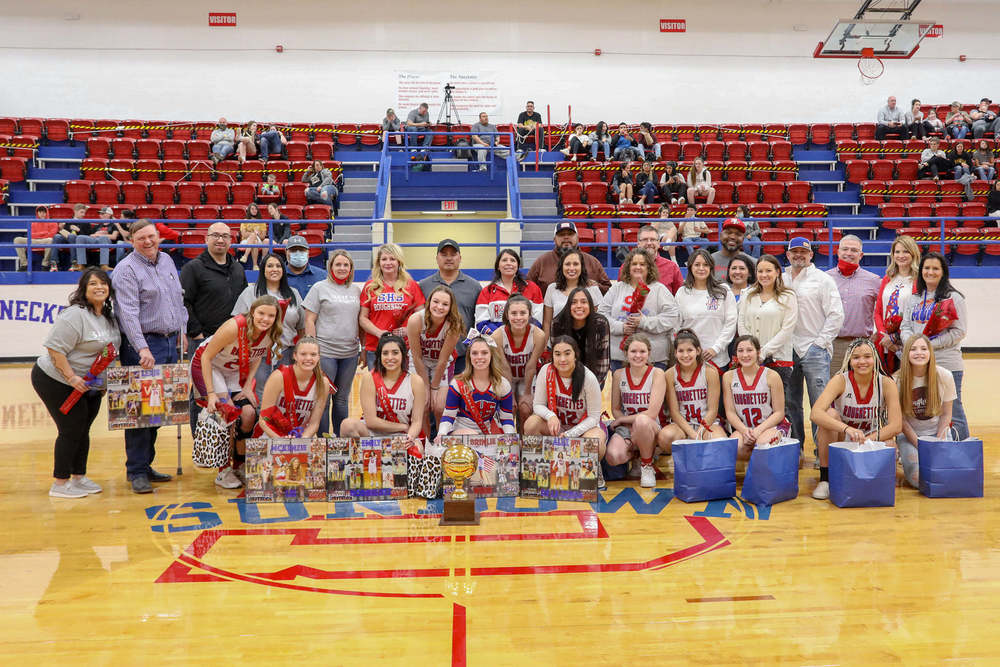 Through a combined effort from the Roughettes and Nettes, Senior #24 Lexie Lee started her final home game. Lexie suffered an ACL tear early in the year, but suited up and took the court one final time. The Roughettes opened the game with a 12-2 run sparked by a three from #30 Emily Rodriguez. Rodriguez and #22 Shay Beadles had a combined total of 10 points in the first quarter, with five points each. The score after the quarter was 14-9 Roughettes. #44 Aria Hogan, #34 Mckenzie Lee, and #20 Jonna Pool each tossed in two points in the second. Going into half the Roughettes led 27-22. The Roughettes, never letting up, out scored Sudan again 12-10 in the third. With an explosive 21 point fourth quarter the Roughettes sealed the game away. The Roughettes led in most every category for the night, including 32 rebounds, 16 on offense, and 13 assists leading the charge to victory.

The Roughettes are now  23-5  on the season. We wish the varsity girls success in the postseason as they take on the Lady Bobcats of Smyer in bi-district play vs. Smyer at 7:30pm in Littlefield. Tickets will be available at the gate.