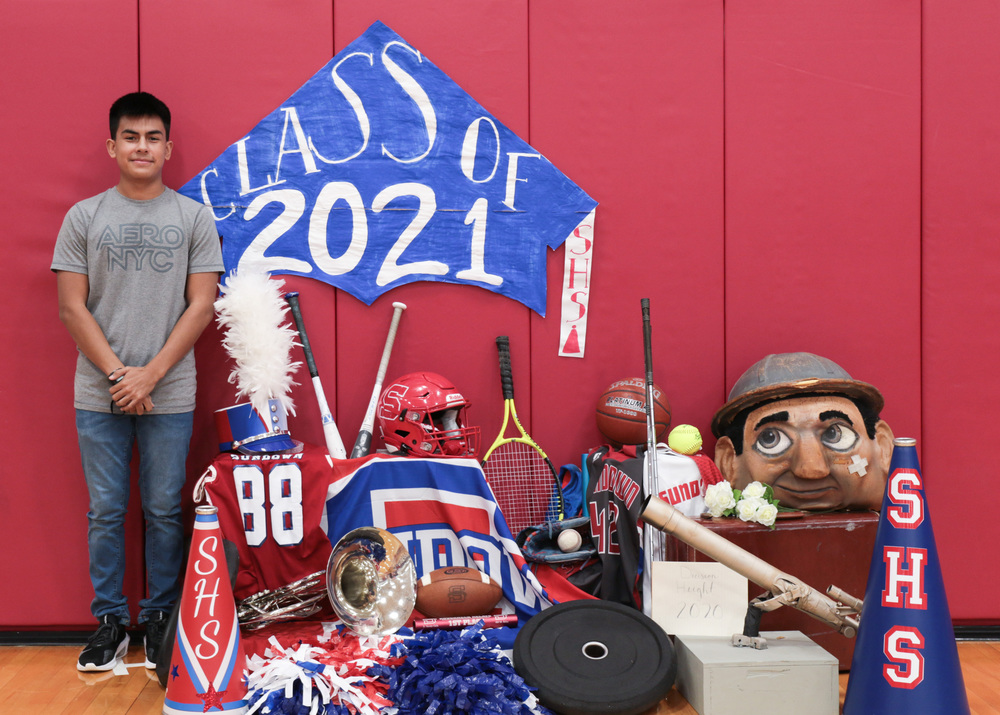 Cross Lopez, from the class of 2021, joined his friends in Pre-K at Sundown ISD. From then on he started making friends and having fond memories. In elementary school, Cross looked forward to going out for recess and playing soccer with Pablo. When he moved on to middle school, he loved going to Joyland at the end of the year and making John ride all the roller coasters. Cross moved on to high school and started off with achievements such as placing second at State in marching band, as well as becoming the president of the National Honor Society. While in San Antonio at State for band, Cross' favorite memory from high school was  when Marcos sat on a chair in front of the door to lock Dekota out of the room.

Cross' favorite class in high school was dual credit Pre-Cal this year. After graduation, Cross wants to start studying Engineering as well as Computer Science as he starts off his college career at South Plains College. He plans to later transfer to Texas Tech to finish his degree. While growing up, Cross says his biggest role model was his father, who is a great man with an amazing work ethic that he uses to provide for his family. Cross’ favorite quote is one from Roger Federer, which states, “There is no way around hard work. Embrace it.” And for his own quote for the underclassmen Cross emphasizes, “Enjoy high school while you still have the opportunity to, because one day you will be a senior and it will all be over with.” Best of luck in the future, Cross Lopez!