WHO IS JOE ROUGHNECK? 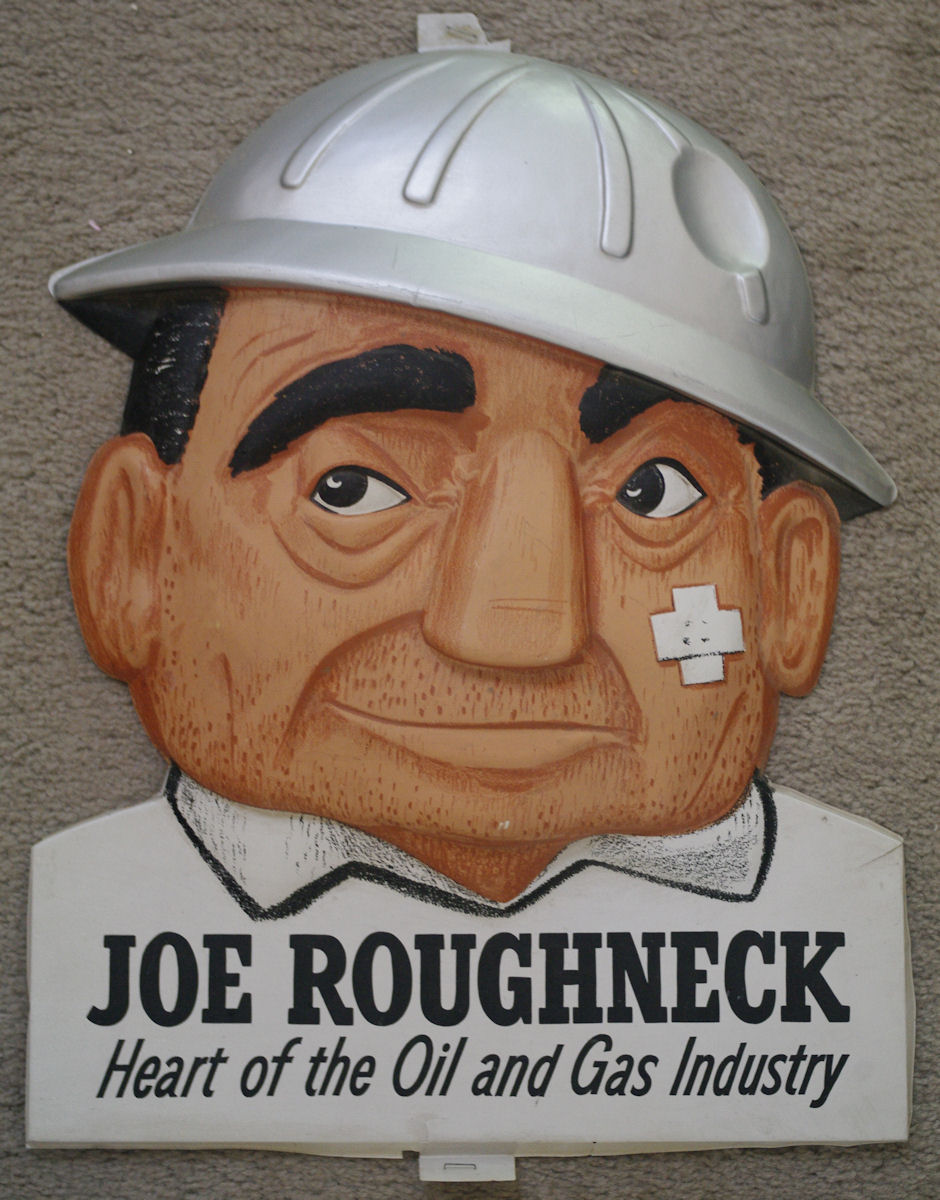 Joe Roughneck, who started life advertising Lone Star Steel Company, has become a universal symbol of the oil and gas business. During his colorful career, Joe has been saluted by two Governors of Texas, named "Man of the Month" by a widely circulated magazine, and has been the subject of countless newspaper and magazine articles, along with many radio and television commentaries.

Joe is also the mascot of Sundown High School’s football team. His busts are used as markers at several historic oil fields. His likeness adorns the world's largest golf trophy, and his face once decorated an international oil exposition.

Joe started his unique career on the scratch pad of famed artist Torg Thompson, best known for his spectacular mural, Miracle at Pentecost. Thompson's great talent portrayed Joe wearing the rugged countenance of a man who had spent long hours at hard labor in the oil fields. Joe's jaw was squarely set to denote determination, his nose flattened as a souvenir of the rollicking life of a boomtown. His eyes were softened to indicate the kindness and generosity of his breed. His mouth wore the trace of a smile, but there was a quizzical expression of one who had to see to believe. Joe is rough and tough, sage and salty, capable and reliable, shrewd but honest. When the completed picture came into being on canvas, there was no doubt Joe was the heart of the oil patch.

Joe Roughneck was quickly accepted as a symbol of those who participated in all areas of the quest for Black Gold. As this approval became more and more widespread, Lone Star Steel ruled out the use of Joe in product advertisements, but continued using him to espouse the cause of the oil industry at large, to sell the virtues of patriotism to America, and in more recent years, to speak out on matters relating to foreign imports, government regulations and the energy crisis. In short, according to a Lone Star Steel executive, "Joe doesn't belong to us anymore. He's as universal as a rotary rig." Joe has throughout his lifetime symbolized the determination of the American petroleum industry, reaffirming the indomitable spirit of Chief Roughnecks the world over, past, present and future.

This bit of history is brought to you by: