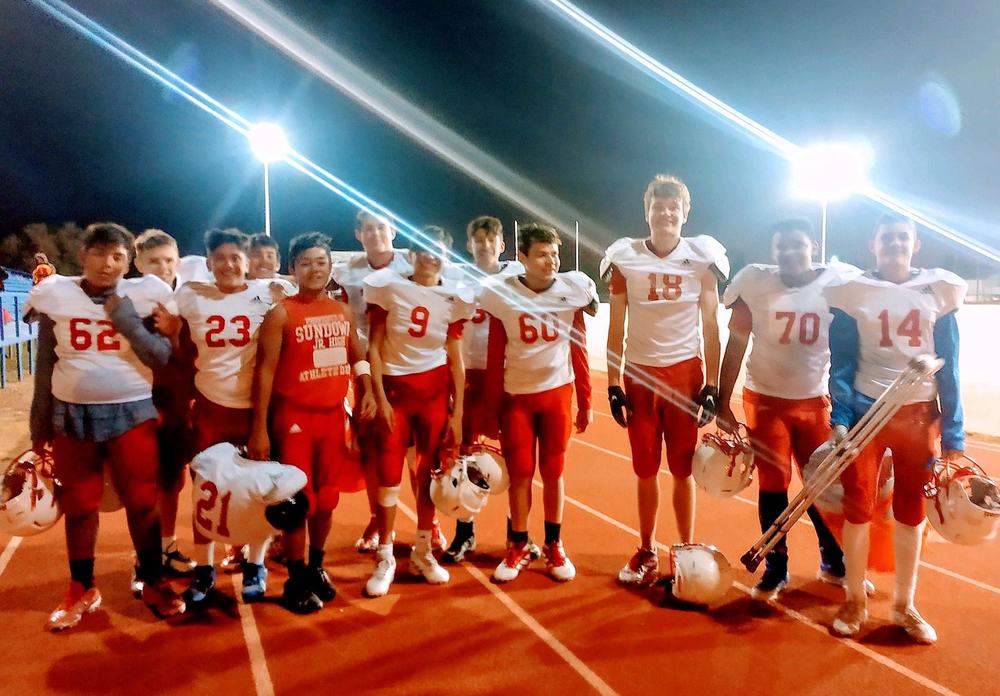 The Sundown 8th Grade team trampled over the Olton Mustangs last Thursday. The Roughnecks came out of the gate hungry for a victory. “They fought really hard in the first half, and went into halftime tied 8-8,” Coach Robinson reported. The Roughnecks came out the second half swinging viciously and driving the ball up and down the field, while the defense was making great stops to not let the Mustangs score in the second half. “Overall our defense stepped up and made big stops, while our offense made continuous drives down the field which lead them to seal the game,” said a pleased Coach Robinson. It was really a tremendous night for the Roughnecks as they came out with the victory with the score being 26-8. The Roughnecks are now preparing to take on the New Deal Lions in their final game this Thursday, during rivalry week at Slaughter Field on November 7 at 6:15pm. GO ROUGHNECKS!!!