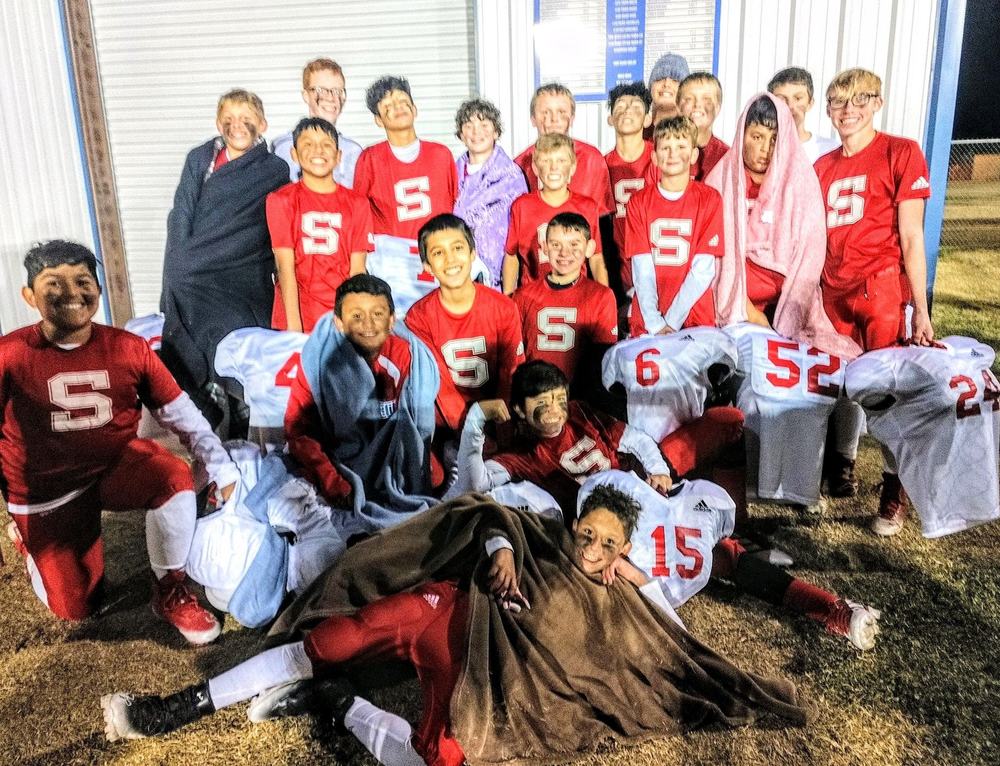 The Sundown 7th grade team obliterated the Olton Mustangs last Thursday. The Roughnecks came into the game determined to come out with a victory. “When we take the opening kickoff and score and then drive in a two point conversion, it really sets the tone for the game.” said Coach Robinson. The Roughnecks came out scoring and putting up points during the whole game. The offense was running and passing the ball up and down the field which lead to them scoring, and the defense was making big stops to turn the ball back over to the Roughnecks. Overall the Roughnecks played their hearts out on both sides of the ball which lead them to seal the game with a victory. It was a tremendous night for the Roughnecks as they came out with a victory with the score being 32-0. The Roughnecks are now preparing for the New Deal Lions this Thursday, during rivalry week at Slaughter Field on November 7 at 5:00pm. GO ROUGHNECKS!!!