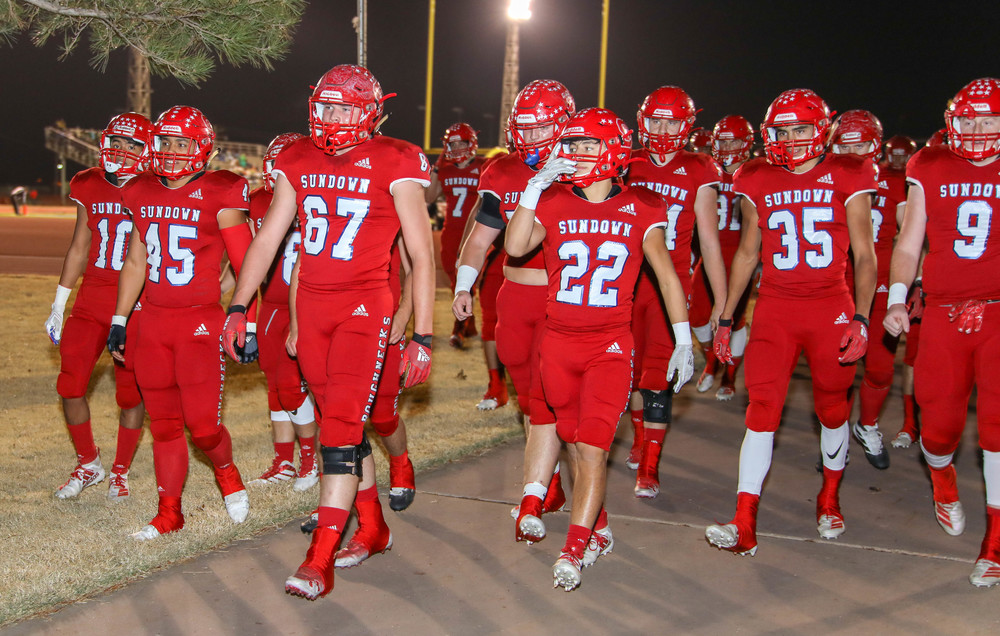 Sundown is Handed a Tough Defeat by New Deal

Your Roughnecks had a total of 159 passing yards thrown by Senior #3 Christian Huey. Huey threw the ball 21 times but only 9 were completed. Huey mostly threw the ball to #42 Gus Davis who had a total of 105 receiving yards. The Roughnecks had three touchdowns, including two rushing touchdowns and one passing touchdown. Huey ran a touchdown in himself and #26 Cade Conway found the endzone, too. Cade had a total of 48 rushing yards out of 70 for the team. Huey also connected with #4 Kaden Marshall for a 4 yard receiving touchdown. The Roughnecks had a great night on special teams. #25 Michael Ojeda had a 98 yard kick off return and was stopped just short of a touchdown. Sundown also ran a fake punt which consisted of a pass from Huey to the junior #9 Carson Holson for a reception of 33 yards. Offensive linemen of the week was Dylan Day, who has been a solid front on the line all season.

Cummings looked ahead to playing the Panhandle Panthers on Friday night, “They are a good football team. They are a physical, athletic group and they have a lot of tradition, very similar to Sundown. I think you have two evenly matched teams.”

Coach Berry Newton reflected on the loss to New Deal. He said, “The biggest thing was execution. We did not execute the passing game or the run game; we just seemed to be off a little bit, and if we just execute a little more there would be a complete and total different outcome.”

Your Sundown Roughnecks travel to Canyon on Friday, November the 15th and will be the visiting team vs. Panhandle. The Roughnecks have their eyes on a Bi-District championship. Kickoff is at 4:00 at Kimbrough Stadium. Be there and cheer on the Roughnecks. GO BIG RED!!!!!!