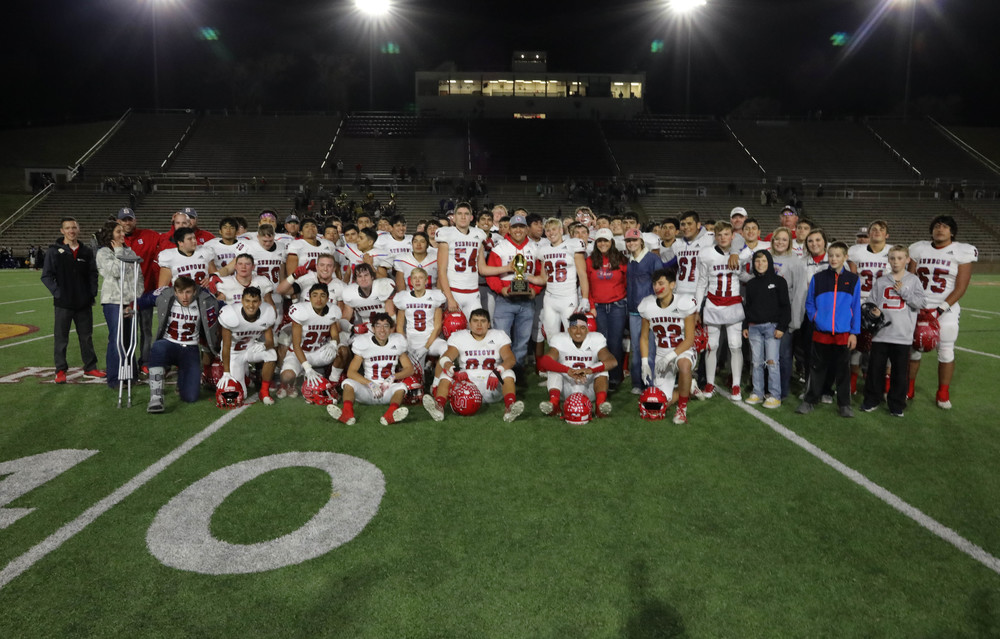 The Win that Shocked the 806

The Roughnecks went to war with the Panhandle Panthers that lead to a high scoring game with a final of 60-56. The Roughnecks now advance to the Area round to take on the Lindsay Knights.

Sundown had a total of 65 plays with 560 total yards, which consisted of 230 yards rushing and 330 yards passing. The Roughnecks had 29:40 minutes of total possession with the ball. Senior #3 Christian Huey had 330 passing yards and 65 rushing yards for two touchdowns. #3 threw the ball to #25 Michael Ojeda, who had 260 receiving yards and 3 touchdowns, and #35 Brandon Kenley, who finished the game with 47 yards for two touchdowns. Running back #26 Cade Conway had 128 yards rushing and one touchdown and #4 Kaden Marshall had 35 rushing yards. “I think we had a good balance of rushing and passing, and our guys had great execution.” said Coach Barry Newton.

The defense held the Panthers to only 10:46 minutes of possession time and 134 rushing yards and held them to 50% on third down conversions while the Roughnecks had 52%. After a huge catch and run from Michael Ojeda for a touchdown, #77 Dylan Day had an unexpected pick six off a screen-play. Defensive player of the week was senior Dylan Day. Dylan made a huge impact in the game and was in the back field almost every down.

Sundown’s defense has come a long way since August and we expect them to get better even before this Friday’s match-up with the Knights. Coach Ron Holson said, “We executed going into this game and we fought hard and we played hard.”

Your Sundown Roughnecks will play Lindsey Friday, November 22 at Jim Ned Stadium in Tuscola. The Roughnecks hope to continue their winning streak and play for another gold ball. GO ROUGHNECKS!!!!!!!