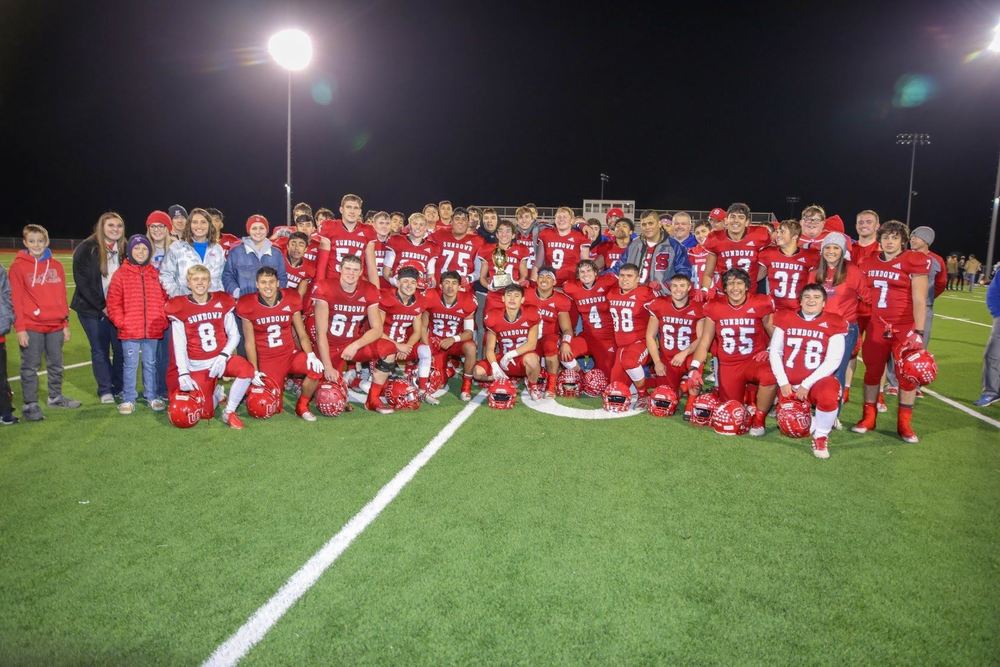 The Roughnecks had a slow start Friday against Lindsey, but they managed to scratch and claw their way back on top ending the Lindsay Knights season with a score of 45-21. The Roughnecks are 8-4 on the season and 2-0 in playoffs.

Defensively, the Roughnecks were off to a slow start letting two out of the three touchdowns come back to back early in the first quarter without an answer from the offense. “I think we got pressure on the quarterback, made him throw early, and made some plays when he threw it up for grabs. We came away with two interceptions.” said Coach Jeff Lyles. #25 Michael Ojeda and #15 Brayden Sanders had game-changing interceptions. The defense had a magnificent game after the first quarter and will continue to get better this week so they can stop Hawley. Tripp Richardson had a monster sack on the Lindsay quarterback on a pivotal third down which brought the Roughneck fans in the stands to their feet.

“I think we were the more physical team, and we won the hitting contest and after the first series we executed really well.” said head Coach Adam Cummings. He also commented on the game plan this week. “We don’t want to reinvent the wheel, we just want to get better at what we do; we just have to be more physical and win the line of scrimmage.” said coach Cummings.

I interviewed hard working Senior #25 Michael Ojeda and he had this to say, “This year is going really well for me especially in the playoffs, but there is still more room for improvement and you'll see that this week. We started slow against Lindsey and I think I had some big plays and I think that helped our team in many ways.” Ojeda said commenting on the game against Lindsey. “Hawley we beat them by one point last year; they are a good opponent. I feel it’s going to be a good game and we will just have to play our brand of football.” Ojeda believes the Roughnecks have a chance to win another gold ball.

Your Sundown Roughnecks take on the Hawley Bearcats in the Regional playoff game Friday, November 29th at 7:00pm in Colorado City. The Roughnecks hope to continue on in the winning path. GO ROUGHNECKS!!!!!!!!!