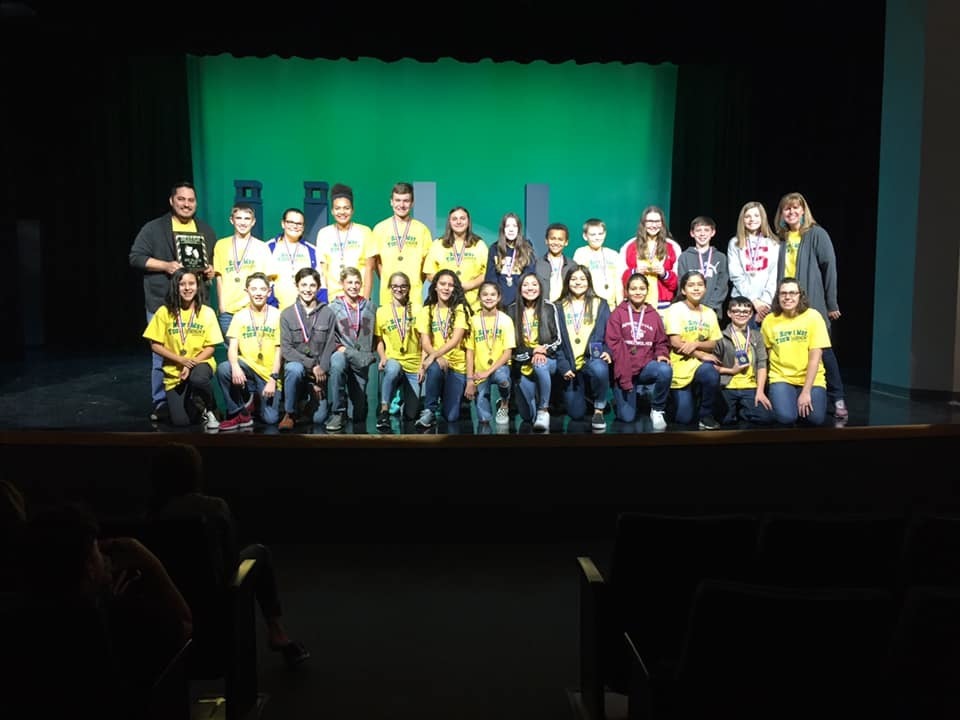 SMS Presents How I Met your Mummy

Prior to Thanksgiving weekend on Saturday, November 23rd, the Sundown Middle School performed their One Act Play titled How I Met your Mummy.  The comedy takes place in the “Oh, How Dull” museum. The performance was about an upcoming Egyptian exhibit called “Yo What’s Up.: The institution  just hired a new security guard. Ironically, the very first night he’s working two grave diggers come in and try to steal a mummy from the museum. An Egyptian priest then comes in and tries to bring the mummies back from the dead. Meanwhile, three high school kids try to come in and try to use it to sell a monster movie.  Randal Ramirez, the SMS OAP director, describes the play, “Overall, it is a silly show, and has lots of entertaining back and forth jokes.” The SMS one act team competed against two other teams, Seagraves and Tahoka. Out of the eleven cast members, eight of them received acting awards. Watson Evans won best actor. TheHonorable mention all star cast members were Simara Olivas, Josh Hogan, Hayden Powell, and Easton Smith. The All Star cast included Roxanne Mendoza, Aria Hogan, and Toby Lopez. Overall, the cast had a tremendous performance at the district competition, and definitely deserved the first place trophy they received.