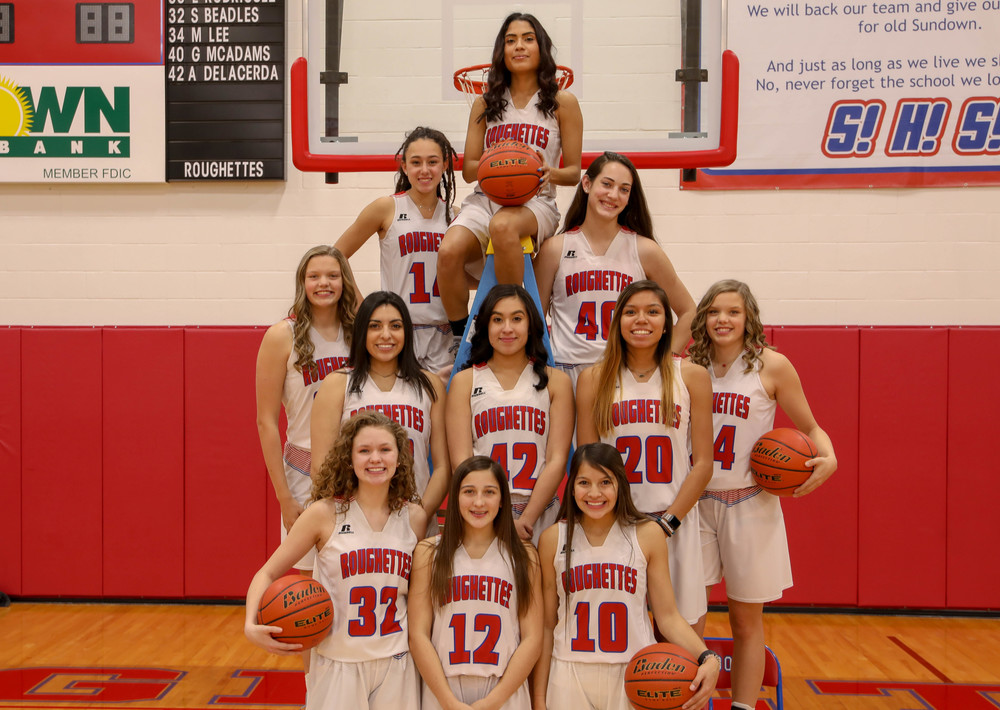 The varsity girls have had some ups and downs during the season, but have battled back and did not get discouraged when things were not going their way. The Roughettes have a strong bunch of women on their team. ‘’The way the schedule was set up was for the girls to be able to get ready for district.” said Coach Legan, in his 17th season at the helm of the Roughettes.

The Roughettes played 4A high school Roswell and battled back from being behind 15 at halftime and only lost by 10. The girls have been playing ranked schools in class 3A and up. A strong win after the Christmas break was at Spur, with a convincing win by 20 points, with all the team contributing. The Roughettes are not giving up on themselves. The Varsity girls are being lead by three seniors #22 Geneva Cortez, #40 Grace McAdams, and #14 Alyzah McGlasson.

The Roughettes head into district against Seagraves on the road. The girls are working hard to improve and make the team better everyday. When asked, Coach Legan mentioned his concerns going into district. “Maybe at times our lack of scoring; sometimes we have some scoring droughts but that is just because of the teams we are playing. If we can learn from that then in district we could have a pretty good run.”

The Varsity Roughettes have gone several rounds playoffs the last few years and they hope to get back to the Regional Tournament. A new season begins tonight at Seagraves at 6:15pm vs. the Lady Eagles. The Roughettes will be ready to play and know to a tough opponent awaits the them. GO ROUGHETTES!!!!!