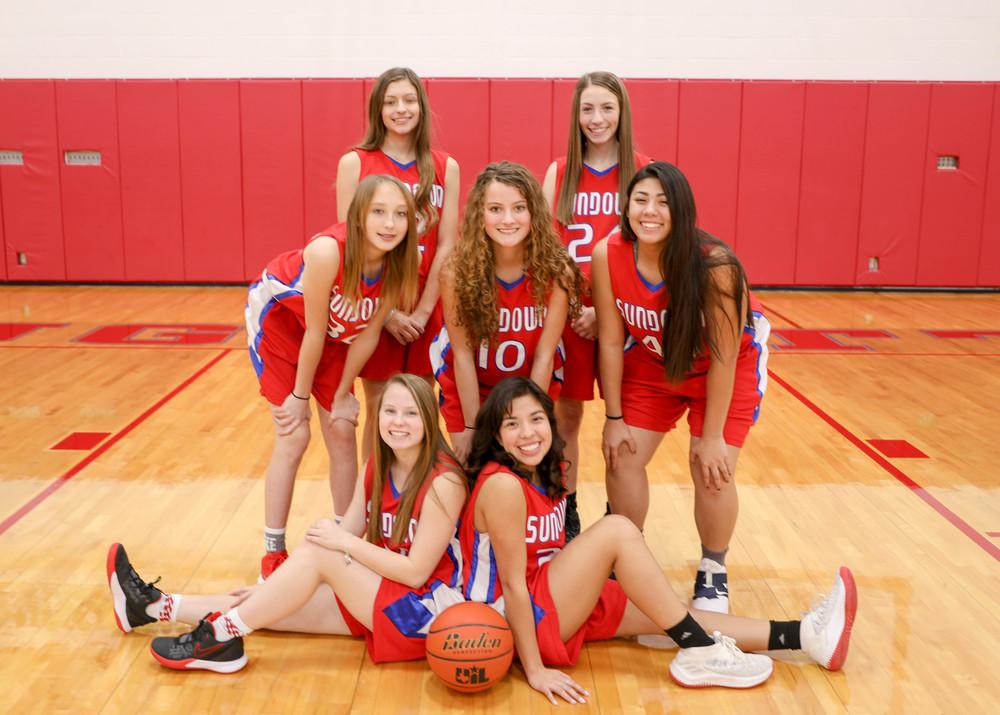 The Roughette JV White basketball team is 3-4 on the season. They won consolation at the Hale Center tournament before the Christmas break. This team as a lot of potential continuing on in the season.

The Roughettes have played 7 games so far. Sundown beat Highland Park with a score 30-22, with Ashlyn Lara the leading scorer with 9 points. Autum Olivas had 8 points, including 6 out of 8 free throws.

The Tulia Lady Hornets were the next opponent and Roughettes in red and blue came out victorious with a score of 36-17. The Roughettes were lead by #12 Ashlyn Lara with one 3 pointer, three 2 pointers and one free throw, for a total of 10 points. Sophomore Avery Avery and freshman Layken Farrar both had 8 points. Shooting guard #24 Karlee Riley was 100% from the free throw line.

Sadly the Roughettes fell to the Slaton Tigerettes with a score of 32-30. The girls fought hard this game. The Roughetts were tied with Slaton in the first and last quarter and fell to Slaton in the second and third quarter. Katy Lujan #20 had some extraordinary defense this game and helping her out was #32 Taylor Bilbrey. Leading scorer was none other than #12 Ashlyn Lara with 9 points, followed by Layken Farrar with 8 points.

After the long holiday break, the team traveled to Sudan on Monday night, January 13. Due to some illness, only five players were healthy, but that did not stop the team from competing with all they had. Coach Kody Robinson commented, “The girls played with all they had physically and that is all I asked of them.” The team came up short just five points with Sudan edging them 30-25. Karlee Riley & Ashlyn Lara both scored 5 points. Taylor Bilbrey lead the team with 8 points, followed by Autum Olivas with 7 in a balanced scoring effort.

This young team of Roughetts are on the way to success this season; we hope that they continue growing and keep having grit through this season. We can’t wait to see what these Roughetts have in store for us. They play at home next Monday, January 19th vs. Seagraves. GO ROUGHETTES!!!!!!!!!!