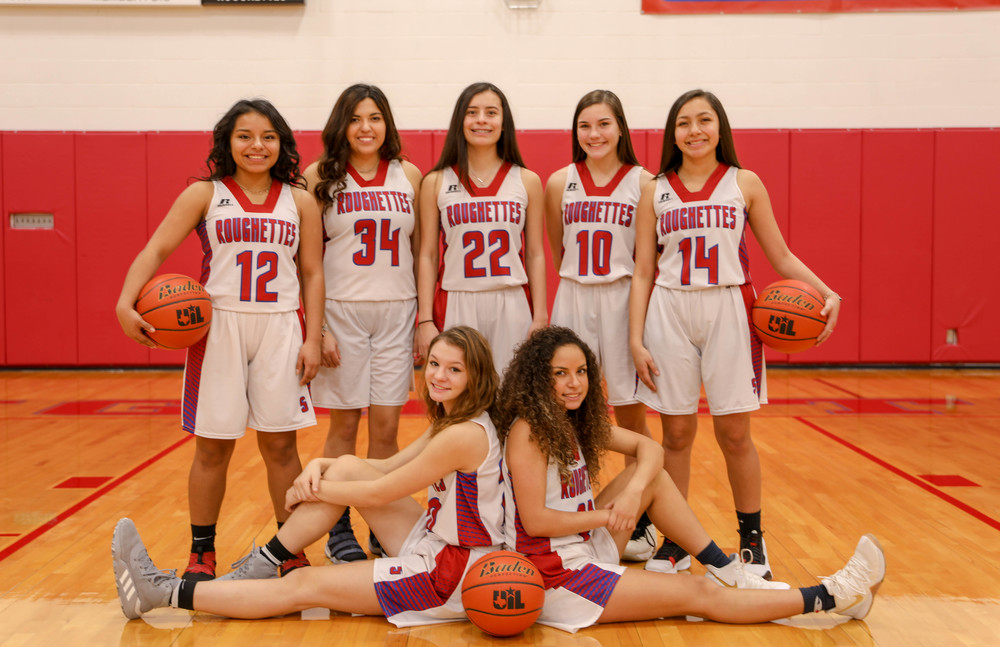 The Sundown Roughettes JV Blue next played the visiting New Deal Lions. The Roughettes played an incredible game, Jonna Pool had an amazing game, she was the leading scorer with 26 total points, Kaslyn Garcia scored 2 points, Enyssa Lopez scored 4 points, Karli Torrez scored 7 points, Taylor Garcia scored 4 points, and Sammie Rodriguez scored 2 points. The Lions came out swinging and they put themselves into the lead at the end of the first half. Then in the second half the Roughettes kicked it into overdrive and came out swinging. The Roughettes played until every last drop of sweat and determination. The game came down to the wire but the Roughettes played with heart and kicked it into gear and came out and sealed the win, with the ending score was 42-35. Over the break the JV blue Roughettes beat a solid Spur team by 6 points on the road, but fell to Vega by 4 points at the end last Friday night.