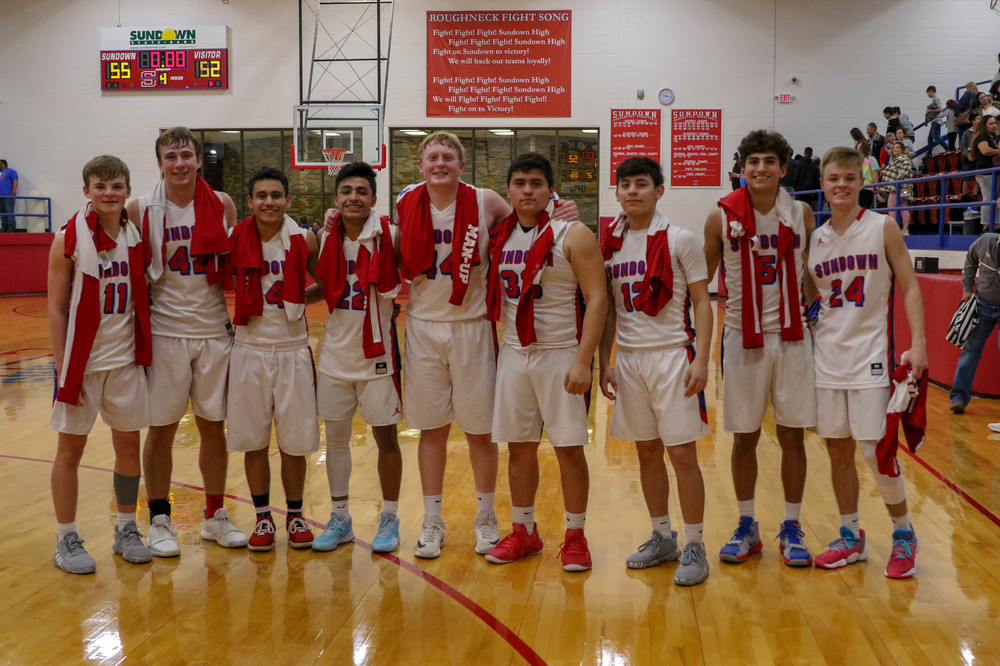 In the second quarter #22 Michael Ojeda scored the first three of the game and gave the Roughnecks some room to catch back up to the Bulldogs. Then #42 Gus Davis and  #44 Carson Holson scored a couple of two point buckets to give the Roughnecks their first lead of the game. Going into halftime the score was 22-20, with the Roughnecks having a two point lead.

In the third quarter the Roughnecks and the Bulldogs continued fighting back and forth. Brandon Kenley, Gus Davis, and Carson Holson combined for 9 points, but the Bulldogs answered back to tie the game up at 31.

In the first overtime the Roughnecks played their hearts out by scoring 5 points, but the Bulldogs also evened it up at 5 points, which sent the game into a second overtime.

The next four minutes was a battle, and the fans in red and blue were standing and cheering loudly with every steal, rebound, or score for the home team. The Bulldogs eventually had the lead on the Roughnecks. The Bulldogs were up by 3, and they were hoping to seal the game away. However, the Roughnecks did not give up; they kept on fighting and eventually tied the game back up at 52 for each.There were 1.2 seconds left on the clock when the Bulldogs knocked the ball out of bounds on the baseline, and it was Roughneck ball. Carson Boggs inbounded the ball and passed it to Michael Ojeda at the three point line on the far side in front of the Roughneck bench. Michael shot the ball and swished in a three at the buzzer winning the game for the Roughnecks!  After the make, Brice Legan tackled Michael to the ground with the bench joining in on the dog-pile. The celebration continued in the stands with the student section picked up Michael to celebrate with the hero. The Roughnecks played a hard and outstanding game, ultimately taking the victory with the score 55-52.

By taking down the Tahoka Bulldogs in double overtime, the Sundown Roughnecks were rewarded by Pete Christy and Devin Ward with being KCBDs Team of the Week. The Roughnecks are now 3-0 in district. “I couldn’t have been more proud of the boys for playing a great game,” said a pleased Coach Igo. For the fans, it was a memory of a lifetime to see the gym full of energy and the student section cheering their hearts out in this heated rivalry.

Friday January 31st, the Roughnecks will be taking on the Seagraves Eagles in a district matchup at 7:30 to continue their quest for district title. Come out and support the Roughnecks and Roughettes on Friday night. It’s always great to be a Sundown Roughneck. GO ROUGHNECKS!!!!!!!!