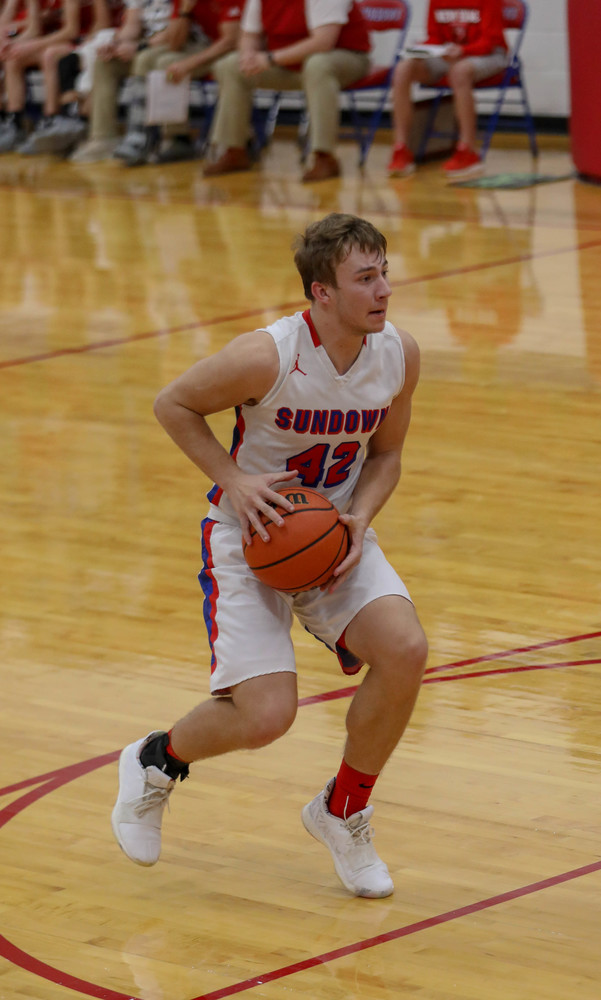 In the second quarter, the Roughnecks also came out strong and eager to add to their lead. Michael Ojeda drilled in a two pointer. Brice Legan sunk in a 3 pointer and made two free throw shots to extend the lead for the Roughnecks. Gus Davis extended out the lead even more by scoring 6 points. The Roughnecks played a strong first half with the score being 29-18, with the Roughnecks being on top.

In the 4th and final quarter, the Roughnecks got back into gear to finish off the game. Carson Boggs drilled in a two pointer and made a free throw. Brice Legan drained a 3 pointer and two point bucket to extend the lead for the Roughnecks. Gus Davis also extended the lead by putting up 4 points. At the final buzzer the fans cheered on the Roughnecks as they beat the Eagles to move into 4-0 in district. “The kids played a great game and never lost the lead and I’m proud of them for that,” said a pleased Coach Igo. “Our offense and defense was great, but I feel like we can improve more going further into district,” said Coach Igo.

The Roughnecks continue to improve each week as district goes on. GO SHS!