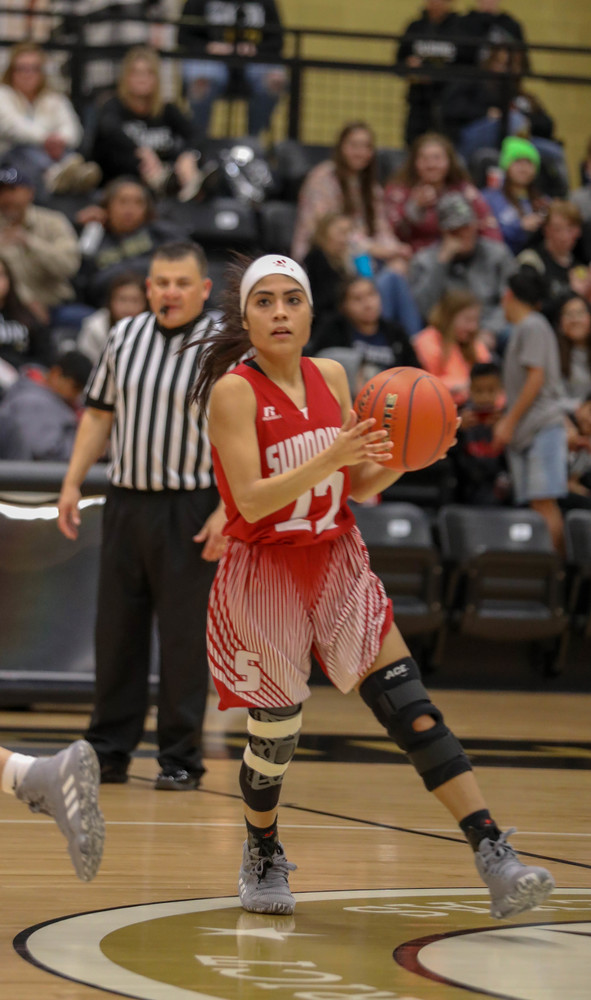 The Roughettes had a rocky start to this season, but have battled back to look stronger than ever. Coach Legan said “I don't plan on making and adjustments just to have the girls work on fundamentals.” The Roughettes dominated Segraves in all four quarters. Sundown scored 21 points in the first half with the Lady Eagles only having 9.The second half was just as strong for the red and blue, scoring 22 points as a team. Mckenzie Lee lead the team in scoring with 10 points and Lexie Lee led the team in three pointers. Senior Geneva Cortez and junior Emily Rodriguez both had 2 assists. Freshman Natalie Urais lead the team in steals with 4 total.

Tuesday the girls put a beat down on the Smyer girls. The girls don't plan on taking it easy on anyone and plan to keep fighting. The girls came out playing hard scoring 20 points in the first quarter. Freshman Natalie Urias had an outstanding game with 12 points, 1 assist, and 1 block. Freshman Kaydence Loftin hit the teams only three pointer. Geneva Cortez and Mckenzie Lee lead the team in steals with 4 each. All players saw quite a bit of playing time and the team had a solid defense effort for 32 minutes.

The girls play Plains in Sundown at 6:15 Friday night, February 7th. Everyone needs to come and join the teams with an autograph party on the court after the varsity boys game. Come support your Sundown Roughettes. GO ROUGHETTES!!!!!!!!!!!