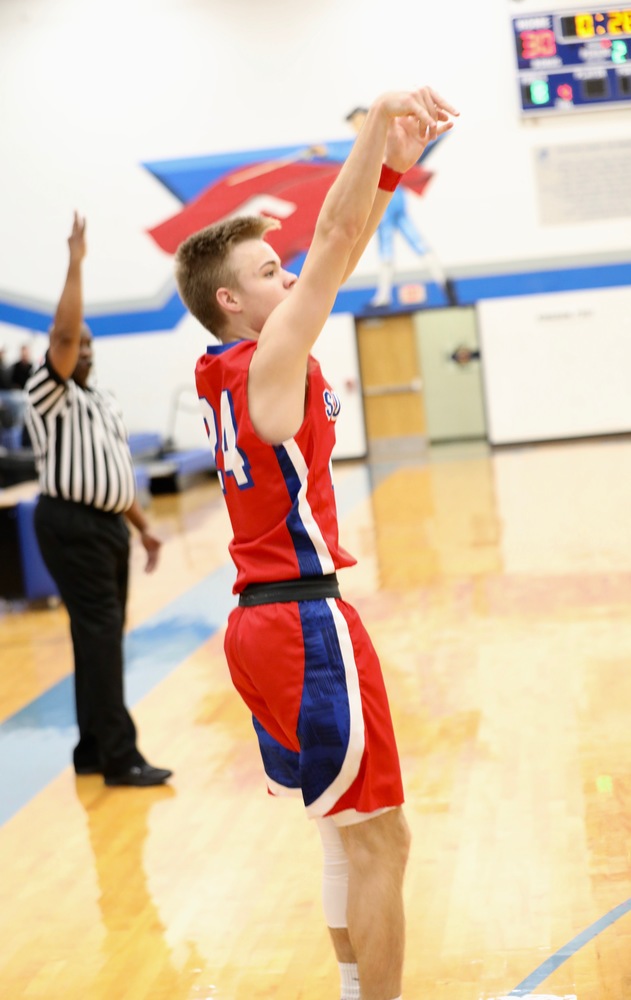 Last Tuesday on February 4th, the Sundown Roughnecks drove to the small town of Smyer, Texas during a winter storm to take on the Smyer Bobcats in a district matchup. The Roughnecks went into the game undefeated in district with a record of 4-0 and were looking to add another win to their record.

The battle continued into the second quarter. The Roughnecks kicked it into gear and put up more points on the scoreboard, but the Bobcats answered back to even up the score. At halftime, the Roughnecks and the Bobcats were even with the score tied at 27-27.

With 41 seconds left in the fourth the Roughnecks were trailing the Bobcats 55 to 57. As the clock dwindled down and the Roughnecks ran their weave offense, Michael Ojeda passed the ball off with 8 seconds left, and #24 Brice Legan drilled in a three pointer from the left wing to take the lead by one. After a timeout, the Bobcats inbounded the ball to go the length of the court, but the Roughnecks trapped the player just past half-court. #22 Michael Ojeda came in to steal the ball away and seal the game. The fans once again cheered loud for the Roughnecks in red as they congratulated them on their big win to go 5-0 in district. The ending score was 58-57 with the Roughnecks coming out on top. “Our boys played a great game, and they played great offense and defense,” said a pleased Coach Igo. “Our boys never gave up, our seniors manned-up and took control to seal away the win for the Roughnecks.”

Coach Igo was also pleased with the balance scoring the team produced against Smyer. Seniors Gus Davis, Brice Legan, and Michael Ojeda finished with 16, 15, and 12 points respectively. Freshman Carson Boggs tallied 11 points in the win. Those four players totaled 54 of the 58 total points on the scoreboard, which makes them a threat down the road for any opponent.

This Friday on February 6, the Roughnecks will take on the Plains Cowboys in a district matchup. It is also the last home game for the Class of 2020. Fans are encouraged to wear RED to show support for congenital heart disease and pack the stands to cheer on the Roughnecks.  It is also parent night for the Roughnecks varsity boys & girls. After the varsity boys game on Friday, your Roughnecks will be signing autographs on the court. Fans can bring a ball, book, or shirt for the Roughnecks to sign. Kids can take a picture with their favorite Roughneck player. The team hopes for another packed gym as they try to take down the Cowboys and become 6-0 in district. GO ROUGHNECKS!!!!!!!!!