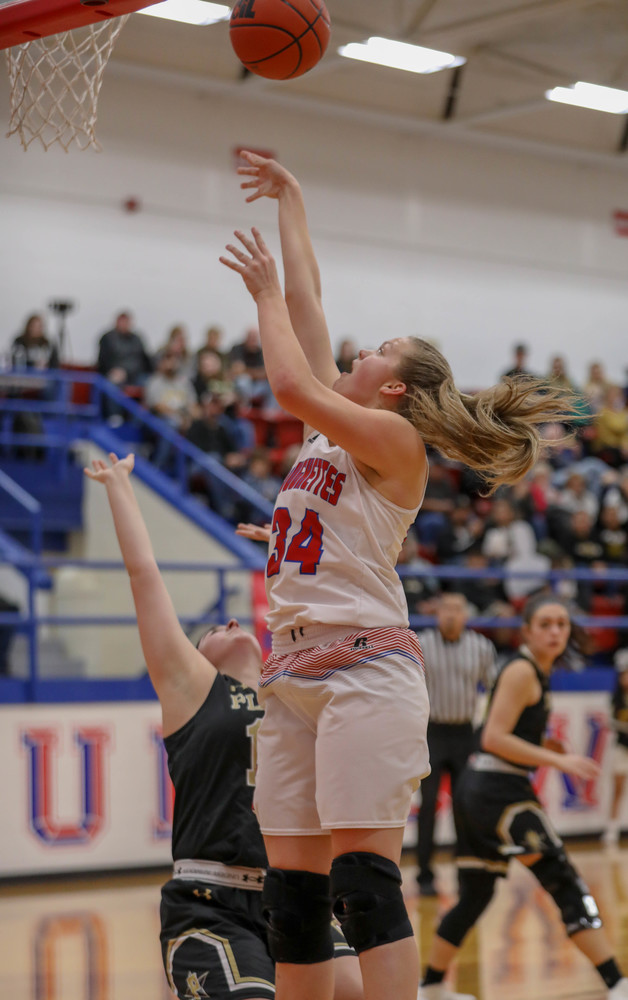 District Championship for the Roughettes

What a season for these Roughettes with an undefeated record in district at 8-0. The Roughettes just keep blowing their opponents out of the water by beating them soundly on the scoreboard and on the defensive end. The Roughettes don’t plan to take their foot off the pedal until they get back to the regional tournament.

The girls received the district title Friday when they smoked the Cowgirls by double their points with a final of 60-30. The Roughettes have had their best games stepping into district and all their hard work has paid off. Coach Legan has been saying that he doesn't plan on changing anything, but to continue to work on fundamentals and shooting. Against the Cowgirls, and it also being the last home game, Senior Geneva Cortez led the team in scoring with 17 points and following her was junior Mckenzie Lee with 16 points. Shea Beadles, a freshman, lead the team in defensive rebounds with a total of 4.

The Roughettes laid a beat down on Tahoka with a huge deficit of 75-6. Sophomore Jonna Pool lead the team in scoring with 15 points, and following her was senior Geneva Cortez with 11 points. Senior Alyzah McGlasson lead the team in three pointers leading them with one. Junior Emily Rodriguez lead the team in rebounds with 7 total. Freshman Natalie Urias and junior Makenzie Lee lead the team in blocks with both of them having one each. All 10 players scored by halftime vs. the Lady Bulldogs.

The Roughettes have a bye this Friday and go on to play Iraan in Andrews at 6:00pm on Monday, February 17th for their first playoff game. Go support your hard fighting Roughettes as they make another run at the regional tournament. GO ROUGHETTES!!!!!!!!