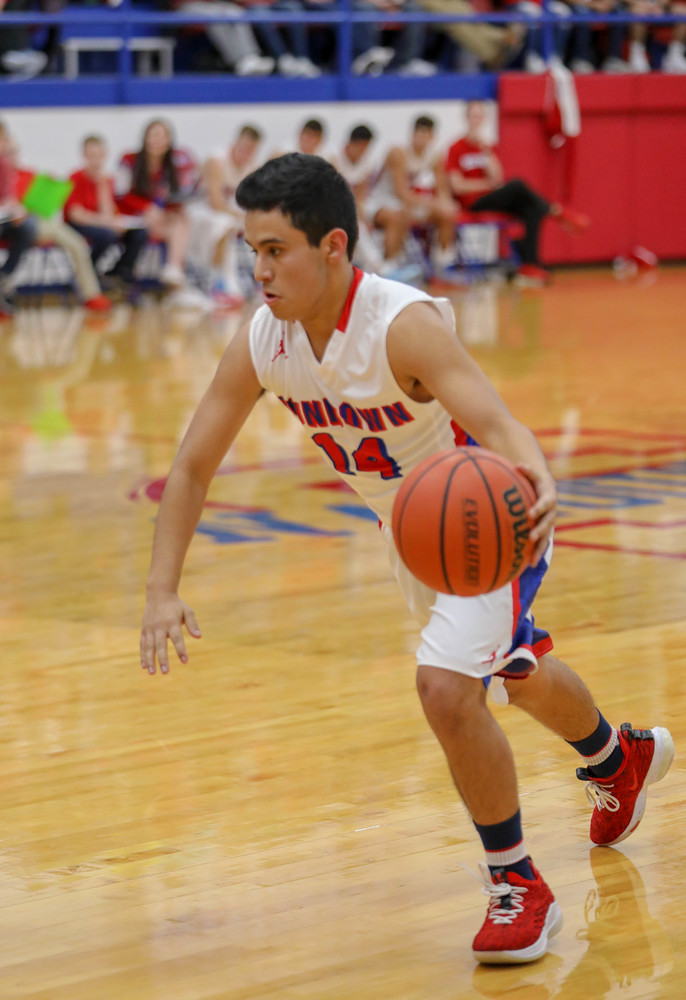 Roughnecks Fall to the Bulldogs in District Play

The Sundown Roughnecks are now 1-1 in district over the last two games. On February 7, the Roughnecks played the visiting Cowboys out of Plains, Texas. The Roughnecks and the Cowboys went back and forth throughout the whole game. After four quarters of play, the Roughnecks took control of the game and sealed the game with the score being 44-31 with the Roughnecks coming out on top, securing a win for the last game this season at home for the team.

On Tuesday, the Sundown Roughnecks traveled to Tahoka, going into the game 6-0 with an unblemished record. The stands in Tahoka are very small, but that nor the weather did not stop the Roughneck fans from packing the stands and cheering on the boys in red and blue. Going into the game, the Roughnecks had a strong mentality and were hoping to extend their undefeated district record to 7-0.

Going into the second half, both teams played went back and forth. The Roughnecks were driving the ball up and down the court to make some shots in to put up points for the Roughnecks, but the Bulldogs extended their lead. At the end of the third quarter, the score was 32-39 with the Bulldogs holding on to a tight lead.

It all came down to the final eight minutes. At a point in the fourth quarter the Roughnecks trailed the Bulldogs by 9 points. Carson Boggs then drilled in a three pointer to give the Roughnecks more room to catch up to the Bulldogs. Brice Legan hit a 3 at the top of the arc with 1:40 left to cut the lead to 5, 48-53. But sadly after four quarters play, the Roughnecks came up short and fell to the Bulldogs. The ending score was 54-60. “The boys played a hard fought game, and it was hard because Coach Igo was sick, but overall the boys played their hearts out,” said Coach Lyles. “We are trying to overcome sickness and get back on the court and have a great practice to come out as district champs,” said Coach Lyles.

Next Tuesday, February 18, the Sundown Roughnecks will be traveling to Seagraves to take on the Eagles in the final regular season game. With a Roughneck win, the team can secure a share of the district title. Come out and support the Sundown Roughnecks as they try to bring their record to 7-1 and prepare for the playoffs. GO ROUGHNECKS!!!!!