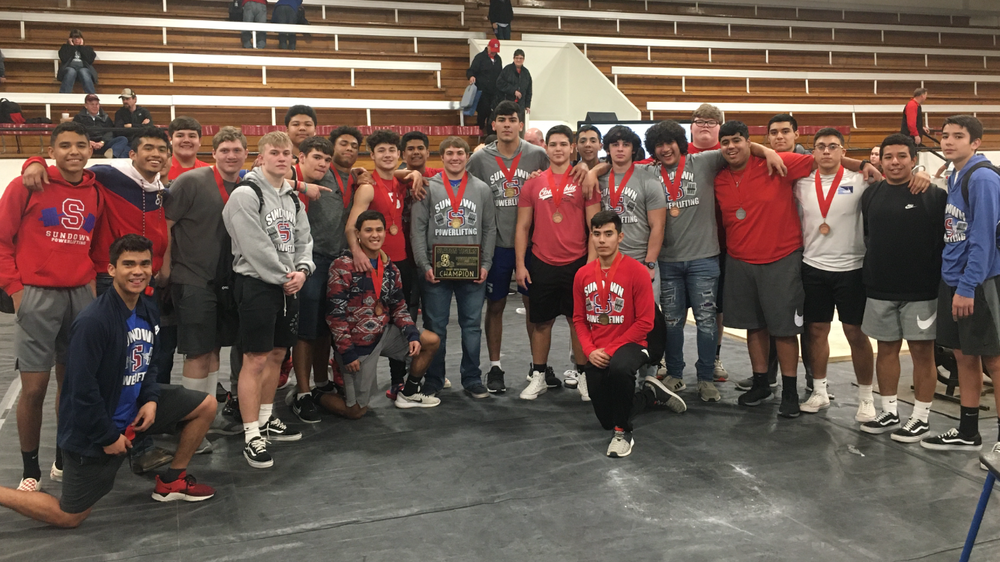 On Thursday February the 13, the Roughneck powerlifters competed in Slaton. Out of the 26 Lifters that traveled to the meet, most of them weighed in at their desired weight class. Around 4:00 PM the lifting began. Top 4 lifters in each weight class received medals, and below is the place they earned in the meet along with their totals.

Together the boys scored a total of 56 points and came in 1st place. Congrats to all of the lifters at the Slaton meet. All of the boys who went did a very great job, and all of the coaches are super proud of them!!! The next meet will also be held in Slaton on February the 20th for the girls.