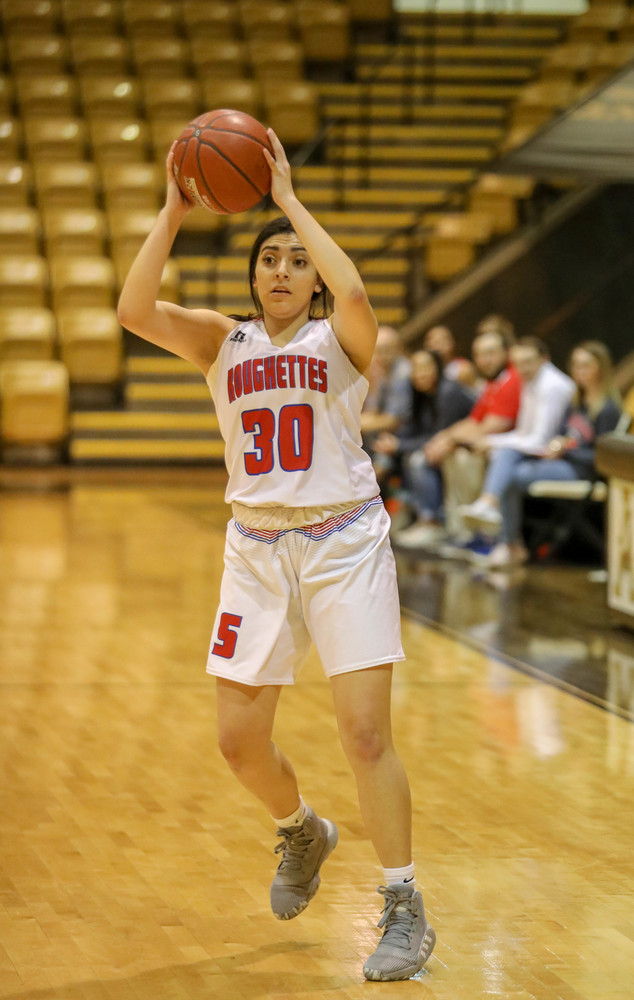 The Roughettes handed the Iraan girls a tough loss, beating them in the bi-district round of the playoffs winning by 59 points, 81-22. The girls had an amazing district run going undefeated and that has definitely paid off going into the playoffs.

The Roughettes had 23 points the first quarter and scored well in the first half. Almost every player contributed on the home side of the scoreboard. Senior Geneva Cortez led the team in scoring with 20 points, then it was the freshman Shea Beadles with 12 points. Geneva also lead team with three pointers with 3, followed by AJ McGlasson with two bombs from the perimeter. Natalie Urias lead the team in steals with 5.

Alexa Rodriguez had one blocks as well as Mckenzie Lee. The Roughettes scored on 6 straight possessions in the second quarter that lead to 15 points, and ended the quarter with 20 points. This is by far one of the best games the girls have played, along with being the highest amount of points scored for this season.

Emily Rodriguez commented and said, “Because of practice we know exactly how they were going to play and we worked really well as a team, and overall we just played a great game.”

Makenzie Lee added, “Geneva hit a lot of threes for us and made up for the shots that we missed.” When asked about the next game she said, “This next team will be a little harder but I think we can manage and come out with another win.”

The Roughettes play Stamford on Friday, February 21st at Post High School at 5:00pm for the area round of the playoffs. The girls are making great progress to get back to the regional tournament. We hope to watch the girls succeed for the rest of their season. GO ROUGHETTES!!!!!!!!!!!