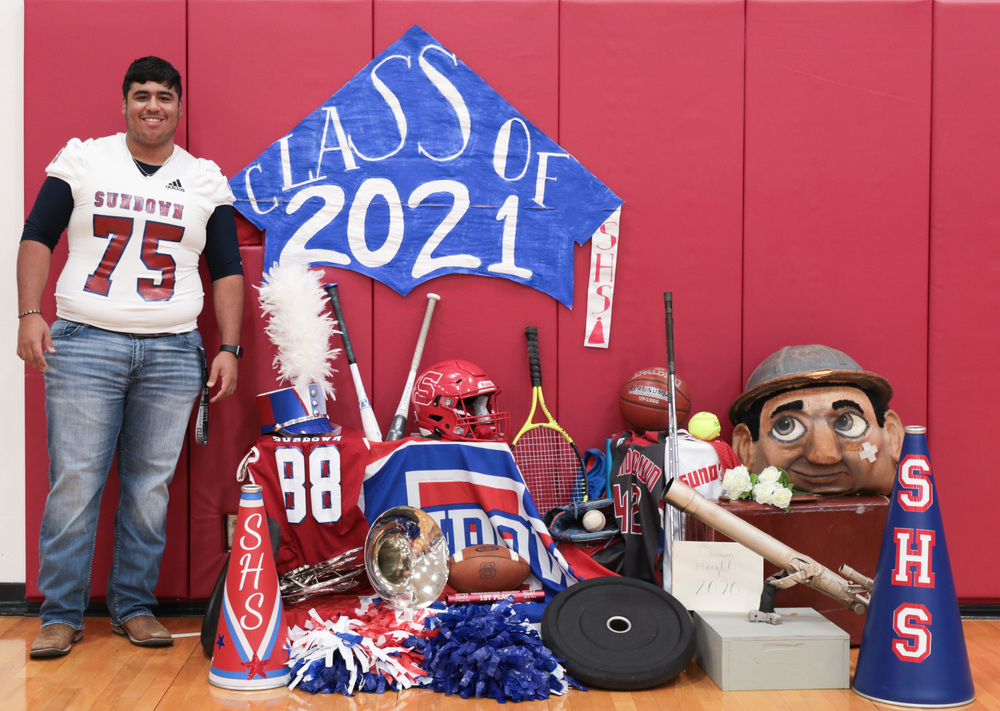 “If you quit once it becomes a habit, never quit!” is Nicholas Rodriguez’s favorite quote by Michael Jordan. Nicholas became a Sundown Roughneck when he was 3 years old. His favorite elementary memory is when the school would have Fun in the Sun outside. The middle school  memory that stands out was when they went to Joyland and Brandon Kenley threw up on himself during a ride. Leaving Lubbock with his friends then getting pulled over for going over the speed limit while listening to Tokyo Drift was his favorite high school memory. Nicho's father has served as his role model while in school. Algebra 2 was Nicho's favorite class. Nicho would like to suggest to the underclassmen to always listen to your teachers. His achievements at SHS were placing 2nd in band and advancing to regionals for powerlifting. Nicholas plans to study Pre-Med at Texas State University after graduation.