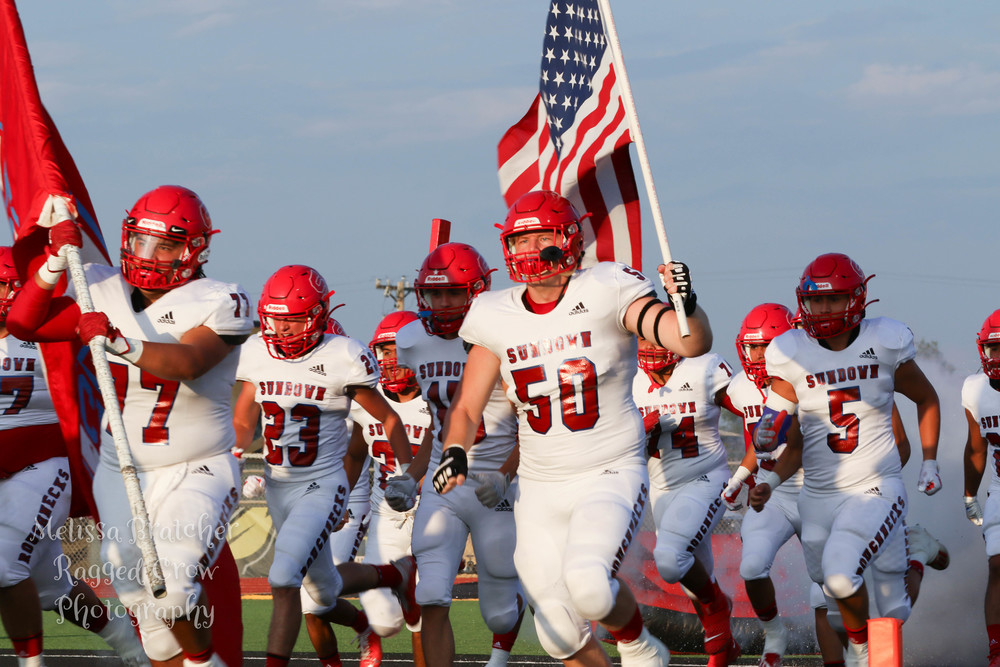 To recap last Friday’s game, the Sundown Roughnecks pummeled the Sudan Hornets to win the game 40-0. The Roughnecks first game was a heartbreaking loss as they did not go into the game with their best foot forward. They went into week two with a vengeance and one thing on their mind, which was to beat Sudan and prove to everybody that they were not the same team that played in week one.

Starting off the first quarter of the game, the Roughnecks put up two points by Diego Hernandez recovering a fumbled ball in the end zone. By the end of the first half, Hunter Tindol and Branson Sanders put up eight more points to make it 10-0. The Hornets did not seem to have an answer to Sundown’s relentless offense and solid defense. The Roughneck’s did not let up in the second half of the game either. They put up 30 more unanswered points. Hunter Tindol ran the ball in for four yards and the touchdown. He followed that up with a completed two point conversion pass to Jayson Martinez. The score improved was 18-0 at the end of the third quarter, and still no answer from Sudan. Sundown scored two more touchdowns with two point conversion attempts at one out of two. Hunter Tindol ran in both of those along with one two point conversion completed pass to Branson Sanders and a touchdown pass to Robert Soliz, totaling 22 points in the fourth quarter, to make the final score 40-0. The Roughnecks put on a show and proved themselves. Their record is now evened out at 1-1 and the next game is at Slaughter Field on Friday, September 10th, at 7:30 against the Abernathy Antelopes.