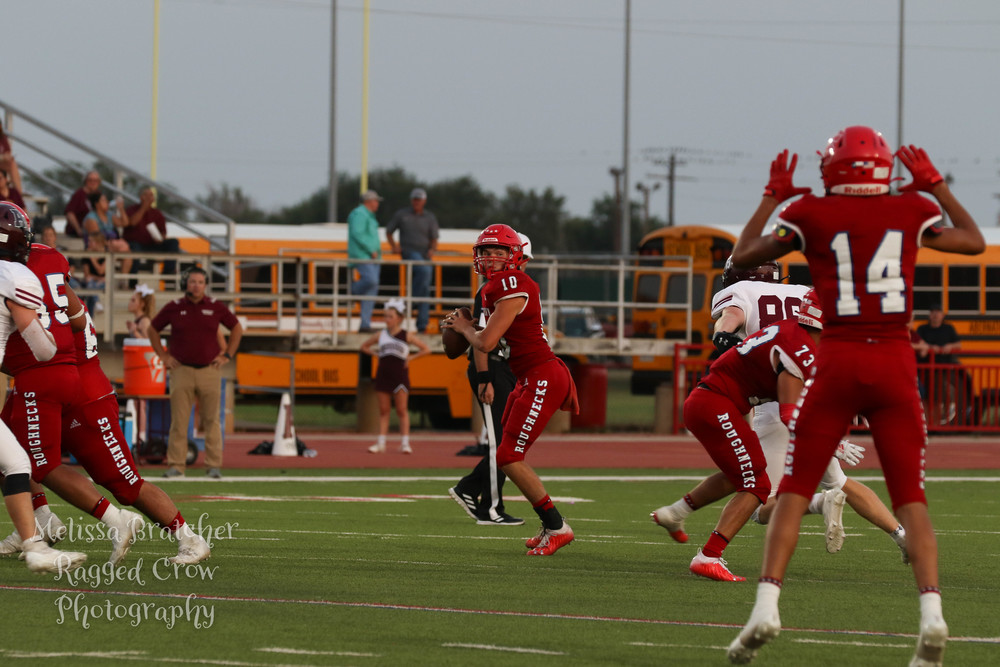 Sundown Triumphs Over Stanton in 31-7 Win

Sundown Triumphs Over Stanton in a 31-7 Win

The Sundown Roughnecks evened out their season record to 2-2 with a lopsided win over the Stanton Buffaloes 31-7 last Friday night. In the first quarter, Isiah Flores scored our first touchdown of the night. Stanton made a small comeback and gots a touchdown with a successful field goal, leaving the score 6-7 at the end of the first quarter, with the Roughnecks trailng.

In the second quarter, Hunter Tindol threw a pass to Robert Soliz for a 26 yard touchdown! The pass to Robert Soliz for the two point conversion was no good. Later in the same quarter, Hunter Tindol completed a 17 yard pass to Koy Torres for a Sundown Roughneck touchdown! The two point conversion after the touchdown was no good with the attempt by Johnny Acevedo.

After halftime, both teams came out ready to fight for the win. The Roughnecks defense held the Buffaloes  until we got the ball back and scored with five minutes left in the third with a 24-7 Roughnecks lead.

Heading into the fourth quarter, Isiah Flores again ran through Stanton's defense for a four yard Sundown Roughneck score. The offensive line made up of Andy Castillo, Chris Castillo, Jadon McAdams, Diego Hernandez, and Jeffery Rodriguez had a solid blocking scheme. The point after kick by Kevin Garcia went through the uprights ending the game with Sundown 31 and Stanton 7.

For Homecoming week, the Sundown Roughnecks play against the Farwell steers on Friday, September 24th at 7:30pm. The Farwell Steers are undefeated at 4-0. The Roughnecks have a solid defense and the Steers have a tricky offense, so it will be a tough game for both teams. It is homecoming for Sundown so it will be played on their home turf, giving them a home field advantage. The SHS students have been showing their school pride all week with hall decorating, participating in dress-up days, and attending the bonfire and pep rally under the lights. These SHS traditions are living on and promoting school spirit in hopes for a Friday night win.