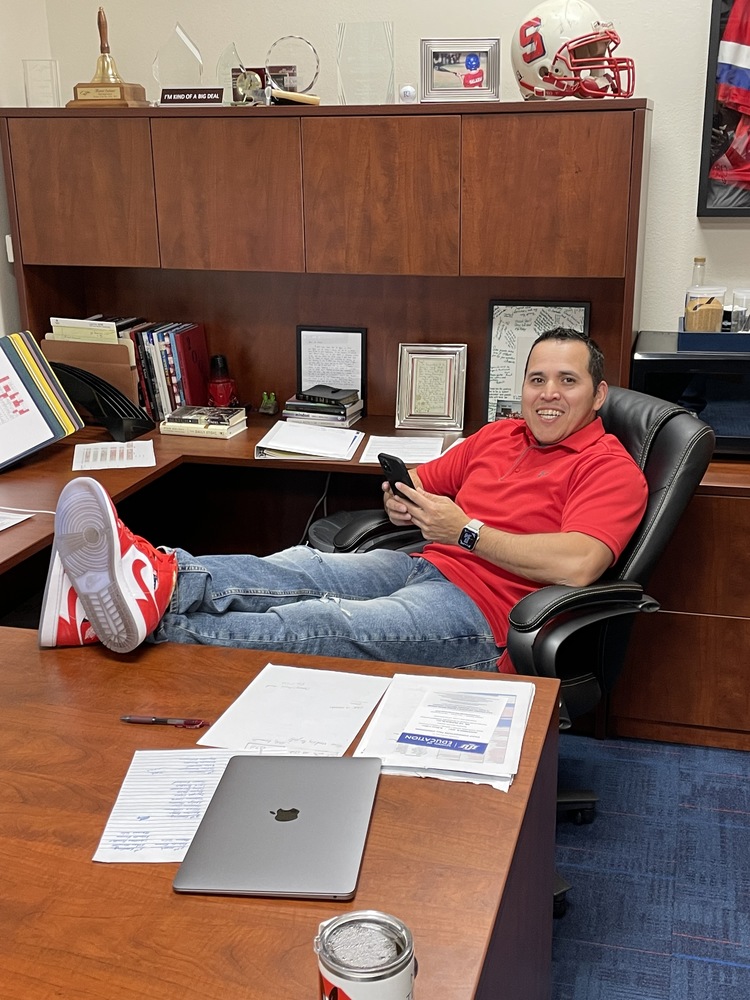 Growing up in Sundown, it is natural for Mr. Salazar to be a substantial influence in our small community. However, he has not lived in Sundown his entire life. A portion of his time was spent teaching and coaching in Ralls for the last 17 years. Transitioning from Ralls to Sundown was a positive career move and the influence he is in our community will forever be appreciated.

As a kid, Salazar was a bit of a trouble-maker. In an interview, he stated, “In sixth grade I was put on probation for burglary.” This cycle of trouble continued until he graduated high school and went on to further his education at South Plains College. He made better choices and majored in mathematics at SPC. His relentlessness and pure motivation pushed him to further his education to be the best version of himself that he could possibly be. He transferred to Texas Tech University and made the decision to become a math teacher and coach.

Starting out his career, he taught and coached in Ralls. He was not only an educator but a generous figure in the community as well. Motivated by his childhood, he wanted to give back to the kids who grew up like him and did not have much. He started a program called the Christmas Blessing. As a kid, he was always fascinated by sneakers, but he was not wealthy enough to own a new pair. This made him want to start the program and allow kids to have access to nice shoes. The idea grew and a group of teachers, coaches, and administrators then bought a brand new pair of sneakers for sixty-five kids. After this, his obsession with sneakers began to grow once again.

Mr. Salazar is going to pursue his doctorate degree in the near future to once again maximize his potential. He has earned the Teacher of The Year for Region 17 in 2010-11 and as well as the TASSP Principal of the Year for 2020. He is doing an outstanding job at being a role-model for the kids of Sundown and showing them the right path to follow. At the same time, Salazar is a father to his daughter Alyssa and son Michael. Alyssa attends Texas Tech University and Michael is a sophomore at SHS.

Salazar wants students to care about how they treat each other. He emphasized  in the interview, “My favorite part about this job is working with the kids.” He wants them to know that life is more than just school; it is about relationships and knowing how to treat people.

Miguel Salazar believes, “Good kids make bad decisions.” He can live by that because he grew up getting into trouble, but now he is the principal of Sundown Middle School and is making a huge impact on his students in his community every single day.