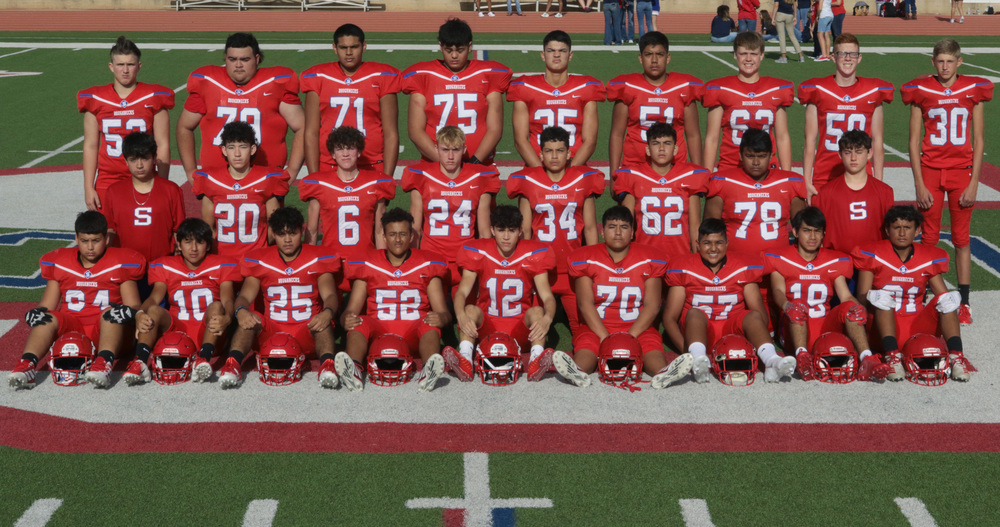 Last week the JV Roughnecks took to Hale Center to beat the Owls in the seventh game of the season 22-6.  Starting off with a battle, the Roughnecks prevailed and Court Conway scored a touchdown and a two point conversion. The score was 8-0 with 1:39 left in the first quarter. After holding Hale Center scoreless in the opening quarter, Adan Escamilla rushed for a  touchdown with 0:13 left, pushing the score to 14-0, Roughnecks.

After a few tough possessions, Hale Center answered back with their first touchdown of the game. With both teams in a stalemate for the entire third quarter, the Roughnecks broke the silence with Jordan Pena getting a pick six followed by a two point conversion by Jaxon Rodriguez. Jordan Pena shut down Hale Center’s momentum for the rest of the game by getting an interception and quickly running out of bounds. Sundown closed out the game by taking a kneel and sealing the win at 22-6.

Overall, the JV Roughnecks are 6-2 on the season with a 3-0 district record. They are open this week and will finish the season at New Deal on Thursday, November 4th on the road. Let’s go Roughnecks!