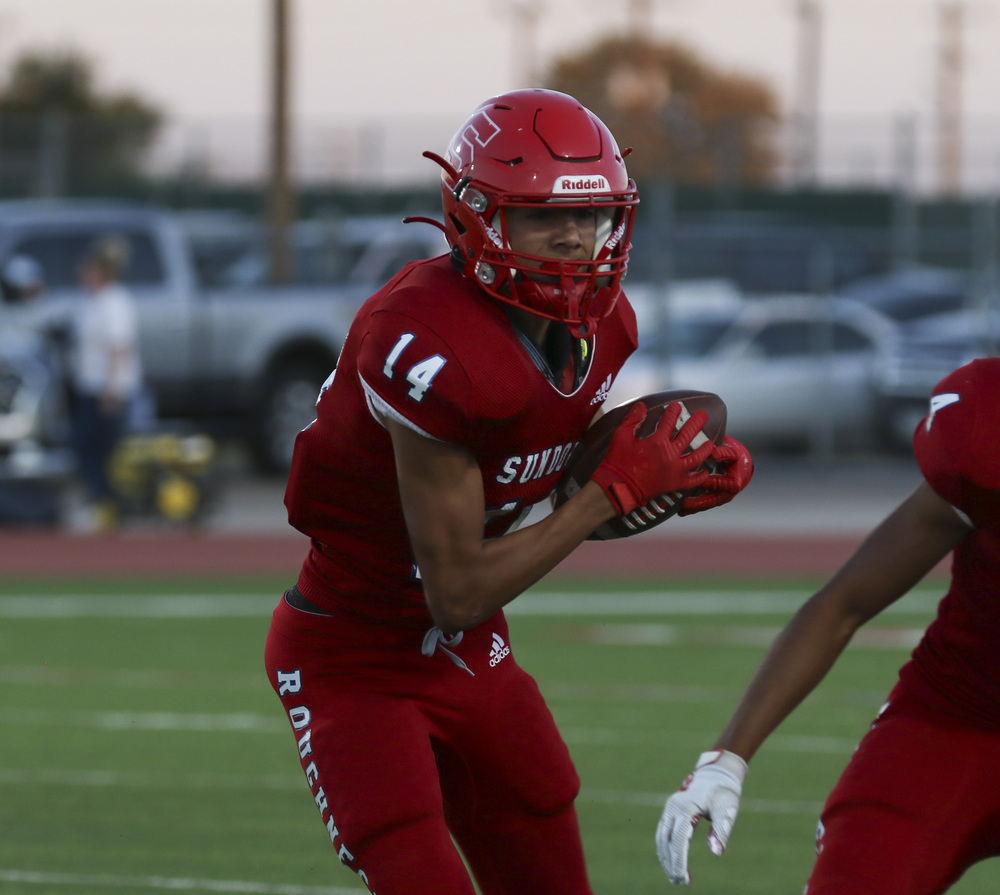 On Friday night at Slaughter Field, the Roughnecks beat the Hale Center Owls 42-6 giving them a 6-2 record overall. They are undefeated in district at 3-0 and have aspirations to win a district title. The only teams in their way are the next two opponents, the Tahoka Bulldogs and New Deal Lions. The offense is finally shining and the defense is staying consistent holding the last five teams to one or less touchdowns scored against them. The Sundown Roughnecks seem to be well-prepared for the remaining games and have a secure spot in the playoffs after the win over the Owls.

Starting the game, Koy Torres ran for 14 yards down the sideline for a touchdown followed by an extra point by Kevin Garcia. Hale Center answered quickly with a touchdown, but the two point conversion was no good giving Sundown the lead at 7-6. Nearing the end of the first quarter, Koy Torres scored his second touchdown but the conversion was not successful. This brings the score to 13-6 with 8:46 left in the first half. Hunter Tindol passed to Koy Torres for an 80 yard touchdown down the sideline beating two Hale Center defenders in a foot race. It was Torres’ third touchdown stretching the score to 21-6 after a successful conversion. As time expired in the first half, Hale Center tried to go for it with a long pass, which was intercepted by Kevin Garcia who was brought down after a long run.

In the first drive of the second half, Hunter Tindol passed it to Koy Torres once again who ran for 56 yards for another touchdown. The extra point was scored by Johnny Acevedo bringing the score to 28-6. Hale Center still had not answered. On the next drive, Torres scored again for his fifth touchdown and the extra point was good by Kevin Garcia to make the score 35-6. Jaryn Flores ended the game with his first varsity touchdown making the final score 42-6.

When asked about his five TD performance, a humble Koy Torrez replied, “Our blockers didn't get enough credit because without them I wouldn’t have been able to make those runs.”

Players of the week include:

Friday also included the Pink-Out bake sale and fundraiser, organized by the SHS Cheerleaders, Leadership Class, StuCo, Social Action, OAP Members, and Culinary Classes. When interviewed about the success of the day, Grayson Drake stated, “I’m glad we could help raise awareness for cancer in our community and show support.” Gavin Hoover added, “This game was an opportunity for our team to honor our family and friends that we’ve all lost in the battles to cancer. The only way for us to beat cancer and any opponent we face in life is to battle together as a family.”

The Roughnecks play the Tahoka Bulldogs this week at home on Friday night, October 29th, at 7:00 p.m. Fans are encouraged to fill the stands and show their support as the team chases another district win. The black-out pep rally is at 3:10 in the main gym. Roughneck Nation, come show your spirit!