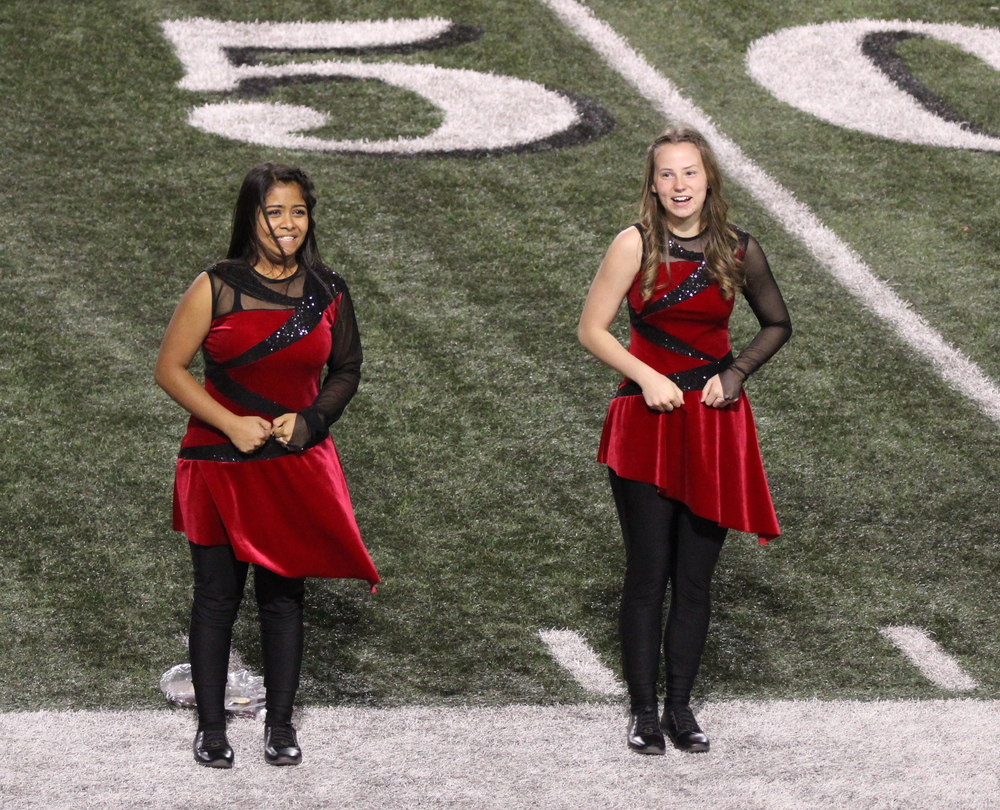 Advancing to the state competition, Saturday, October 30, the band competed in the area competition and won first place. Not wanting to feel overconfident, senior drum majors Alice Melendez and Avery Avery had doubts. But even with the doubts, they were confident in the band with Alice saying, “If they could see what I see on the podium, they would be proud of themselves.”

Anticipating another trip to San Antonio, the drum majors for the Pride of the Oil Patch Band anxiously waited for the results. Turning around to see roughly 120 band members sitting in the shape of an “S” and chanting their name, Avery commented, “It felt so good.” When they announced first place, Alice and Avery accepted the award and ran towards the band, knowing that they all deserved the first place trophy.

The theme of the show is “The Rise of the Fallen.” Alice explained, “No matter all of the trials and tribulations you go through, you can come back even better.” The show is as much about music, as it is about life.

Leading as drum majors for the second year, Alice and Avery were inspired by Donna Lopez and Julia Evans, deciding their eighth grade year, they would tryout for drum majors, just like their role models. Alice and Avery love what they do and like to talk to different parts of the band members as a drum major, opposed to just being part of the band. Alice added, “I would not be having as much fun if I didn’t know all of the band.”

Mr. Mauldin, the band director, has played a huge role in helping Alice and Avery figure out who they were as drum majors. Avery stated, “It’s all about trust, Mr. Mauldin’s trust in us and our trust in him.” Mr. Mauldin would tell them to “Let him be the bad guy” during practices.” Their job was to direct from the stand, and be leaders to the 120 member band.

The band will march at the State UIL competition on Tuesday, November 9 at 9:30 am in San Antonio for prelims. Finals will be held later that evening. The performance will be streamed in the auditorium for students in attendance. Let’s hear it for the Pride of the Oil Patch!