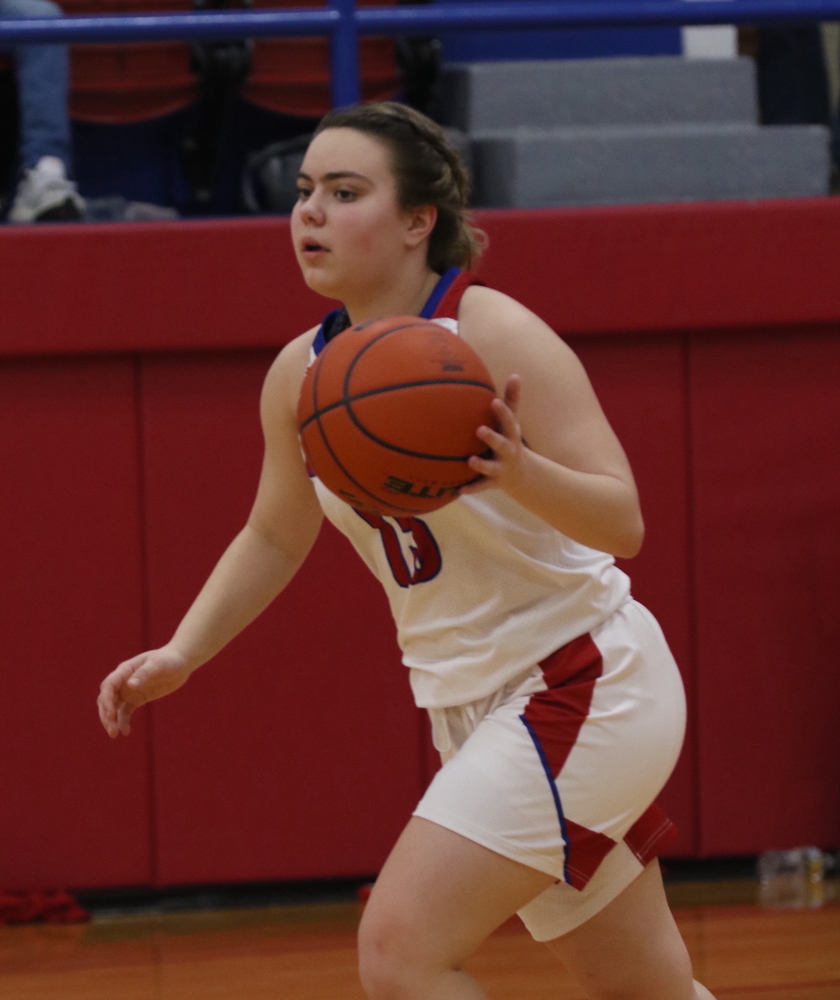 Roughettes - Order on the Court!

The Roughettes started their second round of district vs the Morton Maidens where they dominated the game for 32 minutes and sent the Maidens home with a 79-36 loss last Tuesday!

The Roughettes started off strong with Aria Hogan getting the tip off to Shea Beadles who scored the first two points of the game within the first 5 seconds! During the first quarter, these young ladies went on a 12-2 run, and only gave up 7 points to the Maidens. Emma Holdman provided two 3’s, along with Allie McCormick hitting another. Natalie Urius, Aria Hogan, and Ashlyn Lara came in clutch with two 2’s giving the first quarter final score 26-7. The hard work did not stop there! Going into the 2nd quarter, the Roughettes stayed on top of their game plan which eventually led to a 11-1 run. By halftime, the score was a 44-14.

The start of the second half was just as good as the first. Roughettes Emma Holdman, Karlee Riley, and Kaydence Loftin made four 3’s all together. Shea Beadles and Aria Hogan got to work down on the post getting fouled and put on the free throw line, capitalizing on Morton’s errors. Both Shea and Aria had 14 points total by the end of the game. Natalie Urias was solid in her defensive game and had a total of 8 steals along with 11 points on offense. By the end of the game, top scorer Emma Holdman hit a total of 4 3’s, and two 2’s giving her 16 points in the win! The game ended with a final score of 79-36. Sundown’s girls varsity basketball team is now going 4-1 in district. Next up, they have the Seagraves Eagles on Friday 28th at 6:15pm on the road. Good luck to our Roughettes!