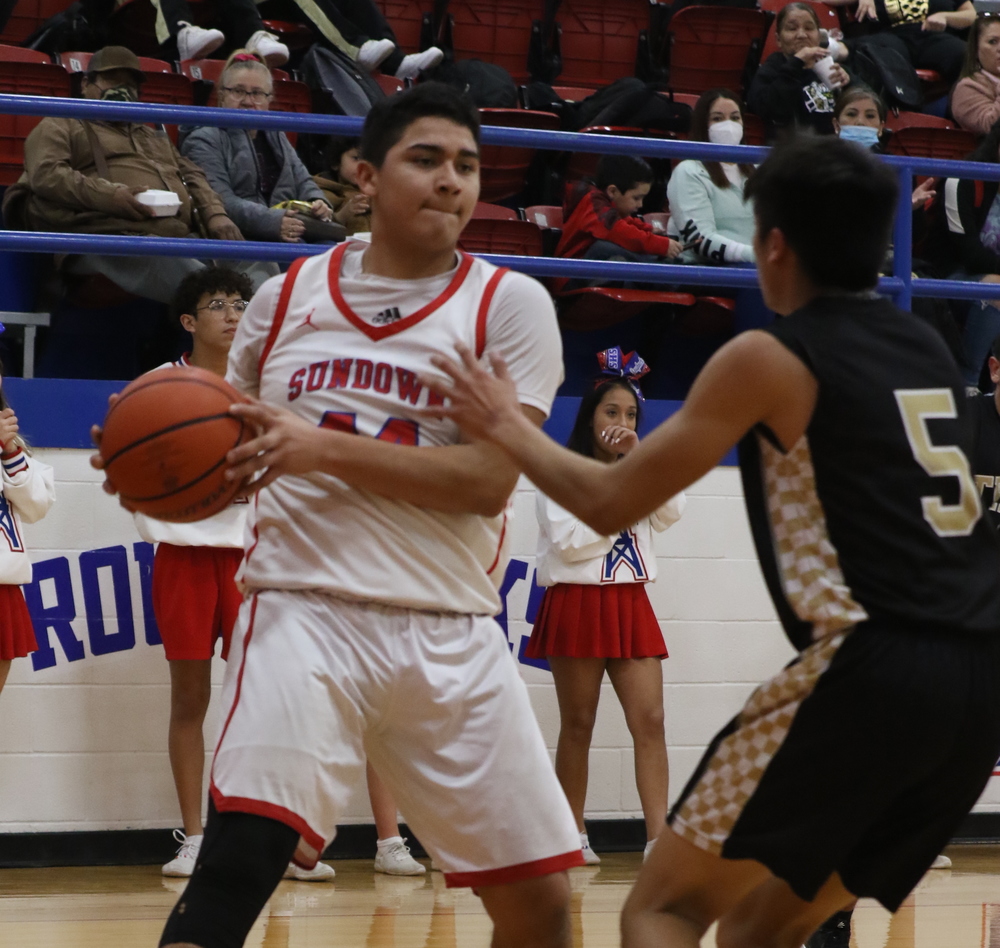 Roughnecks Take Down the Indians, 3-0 in District

“Team wise, what we're trying to do is everyday walk away at least one percent better and over the last week or two we have done that pretty good.” Those words from Coach Igo were definitely apparent in the phenomenal 54-43 district win against the Morton Indians on Tuesday, January 25th.

Starting on the offensive side of things, #5 Alex Bocanegra had a phenomenal game which at the end  he totaled 18 points. #23 Jaryn Flores also had a really good game and was right behind #5 Alex Bocanegra with 15 points, with three of those being behind the three point line. Also, #23 Jaryn Flores was four for four from the free throw line. In total, the Roughnecks were 15 of 19 from the free throw line.  The team scored double-digits in each quarter of the game, building a lead that helped secure the win.

Moving to the defensive side of things, our Roughnecks held Morton to a six point drought in the 2nd quarter which guaranteed them the win in the end. We were able to successfully take some charges on defense  and were able to frustrate Morton and foul us a total of 16 different times during the game. The Roughnecks had a solid game on the offensive and defensive sides of the game and it showed in the 54-43 win.

On Friday, January 28th the Sundown  are traveling to Seagraves. The Eagles are 3-0 in district as well, and the Roughnecks are going to try to come back home 4-0. “I like what we’re doing defensively, we're getting better and better, so we’re going to be ready for them on Friday." said a confident Coach Igo.

The tip-off at Seagraves is at approximately 7:30pm. Come support the Roughnecks vs the Eagles!