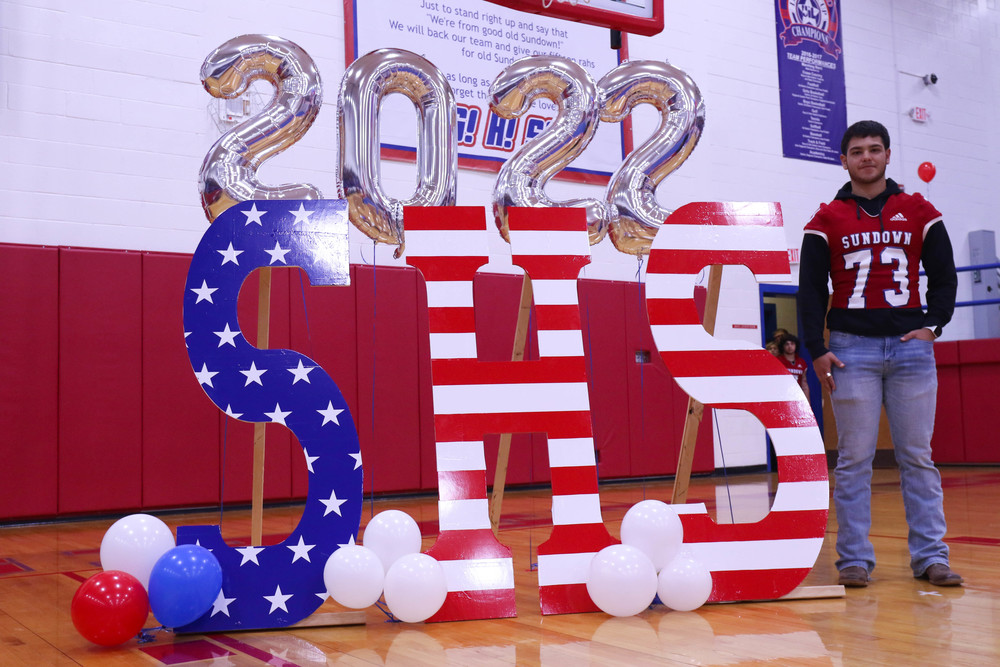 Diego Hernandez became a Roughneck during the 3 year-old program. His favorite memory in elementary is when he would play football on the playground with all of the boys on Friday. His favorite junior high memory was going to science class early so he could glue Kevin's composition notebook together. Diego's favorite memory from high school was when his brother shoved Jeffery and he fell, breaking his baritone.

Diego has had a pretty successful high school career. He started it off his freshman year going to state band and placing 2nd. His junior year he received all district defensive end accolades, and he also won the top line backer Blue Collar award. Diego also advanced to the state powerlifting meet, where his team first place and he placed 4th as an individual. He has his goals set to finish out his senior year on top.

He plans to attend South Plains College where he will study business.  His favorite quote is “Let your smile change the world, but do not let the world change your smile.” - Danny Duncan. Diego’s advice to underclassmen, “Work hard, but most importantly don't forget to have fun! Time flies faster than you think.” Diego, Roughneck Nation wishes you and the Class of 2022 nothing but the best.