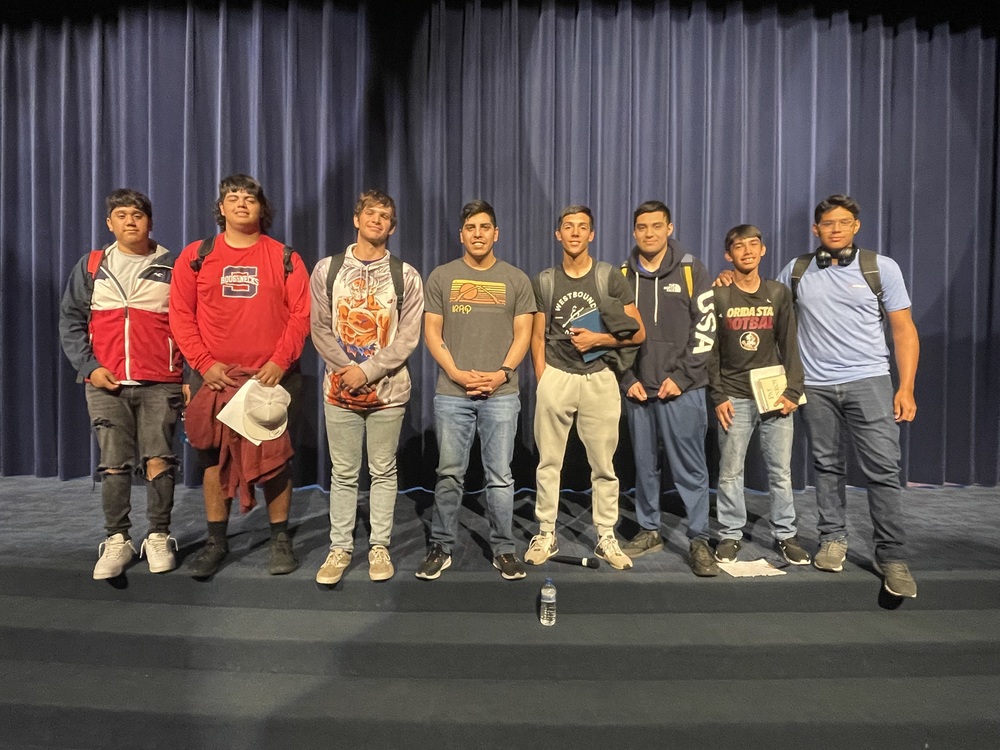 Alejandro 'Hondo' Hinojosa spoke to SHS sophomores and juniors on Wednesday afternoon. Hondo, a 2016 Sundown graduate, is now a Staff Sergeant in the US Army and is stationed in New York. He is currently a squad leader and will be deployed to Iraq again in the coming weeks. Hondo's wife is now in the US Army Reserves, where she is able to spend more time with their 3 year old daughter.

Hondo made an impression as he shared with students his passion for the military and fulfilling a dream of being in the infantry. He protects our freedom with immense pride. He knows the military provides stability for his family and he has traveled the world in his six years in the Army. Currently, Hondo is working on his Psychology degree and is halfway finished with his classes.

Staff Sergeant Hinojosa's advice to the underclassmen was, "Instill a work ethic in you that carries on after high school." He told stories of the bond soldiers have with each other after spending time in bunkers together and fulfilling their duties helping others in situations where they cannot help themselves.

We understand that freedom does not come free. Sundown High School and our community thanks you, Staff Sergeant Hinojosa, for your service! Roughneck Nation is proud to call you one of our own!