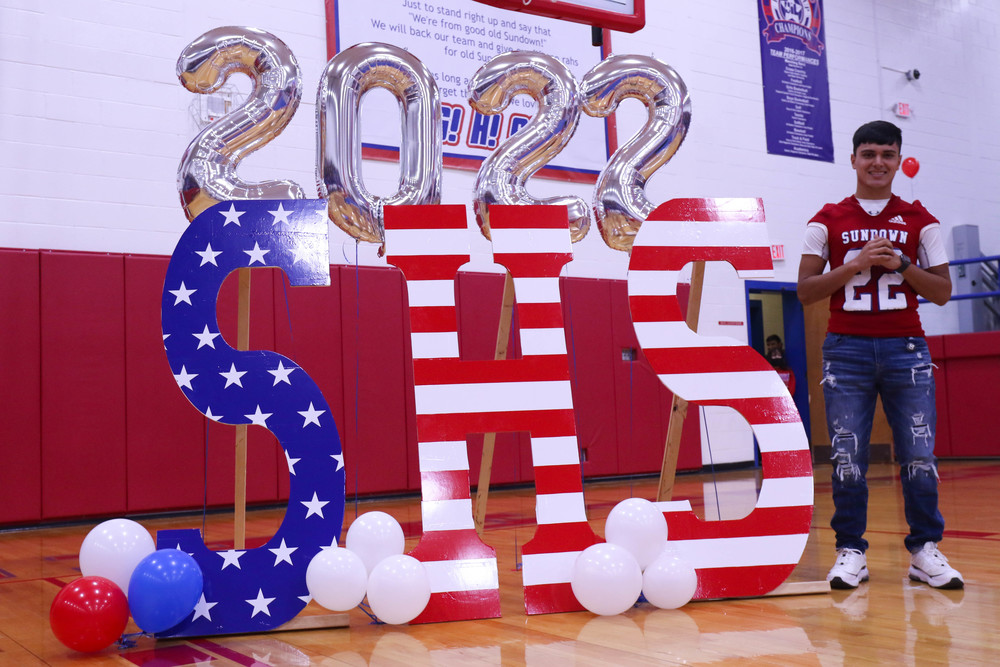 Mark Rubalcava joined the Roughnecks as a 3 year-old. His favorite elementary memory was recess. When Reice Hixon fell trying to jump and hang on the back basketball goal in middle school was something funny all of the guys remember. Playing varsity football on Friday nights with his teammates is a memory Mark will never forget from his high school days.

While at SHS, Mark has been a member of the National Honor Society and earned a spot on the A/B Honor Roll throughout high school. His favorite class was Leadership, where he spent many hours mentoring young students in elementary. Mark was a member of the SHS Powerlifting team that won a State Championship in March, and he placed 8th as an individual in the 148 weight class.

Mark's future plans include attending the Universal Technical Institute (UTI) in Austin and eventually become a NASCAR technician. Philippians 4:13 is a verse Mark leans on for encouragement, "I can do all things through Christ, who strengthens me." Growing up, Mark's role models have been his Grandpa, Dad, and Mom who influenced him to be the man he is today.  When asked for advice for the underclassmen, Mark replied, "Good luck."

Congratulations to Mark and the rest of the Class of 2022! You are destined for great things!