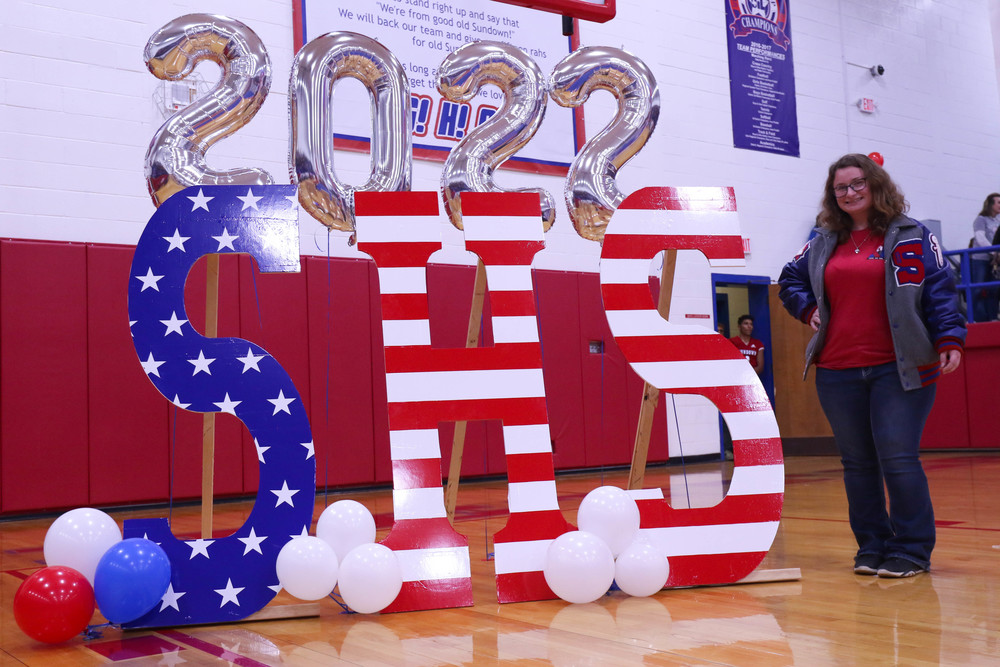 Merissa Sims became a part of SHS her freshman year. Her most memorable accomplishments in school include earning silver medalist in band her freshman year, and placing sixth in the state marching contest her junior year.

Her favorite memory from high school was when she was in the stands waiting to go down for the band's halftime show, when she fell gracefully and everyone around her started laughing because that was the 6th time that she had fallen that day. Merissa was involved in student council all four years, and her favorite class in high school was anatomy and physiology with Mrs. Nichols.

Merisa plans on attending college at West Texas A&M to study Medical Science. Her favorite quote is, ”Yesterday is history, tomorrow is a mystery, and today is a gift. That's why it is called the present." - Master Oogway. Some people who have been a huge role model in her life are her parents. Her advice for the underclassmen is to not let the bad things get in the way of all of the good things. Good luck to Merissa and the Class of 2022!