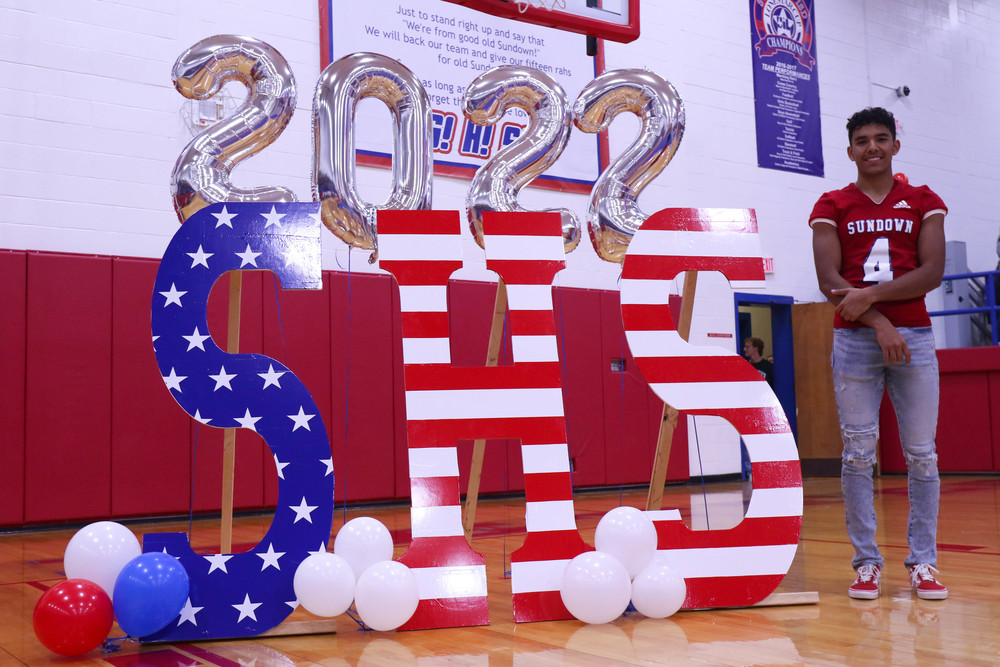 Robert Soliz has been in Sundown since the three year old program. Robert’s favorite memory from elementary school is playing football on the playground. The memories did not stop there, though. Robert also has made some fond memories in high school. Making bonds with all of his friends is something he will never forget.

Some accomplishments Robert has are making bi-district in football and basketball, qualifying for regionals in powerlifting, regional qualifier in UIL Extemporaneous Speaking, state alternate in debate, and A/B honor roll.  Robert is a part of athletics, UIL, NHS, and Apollo.  Robert’s favorite class in high school was Spanish with Mrs. Torrez. Robert plans on going to college at Texas Tech to major in architecture or engineering. Robert’s favorite quote is, “Just do what makes you happy.”

Some role models in Robert’s life are his sister, mom, and dad. They have led him in the right direction on the path to success. Some advice Robert has for the underclassmen is to not take these four years for granted, because they go by way too fast. Good luck to Robert and the Class of 2022!