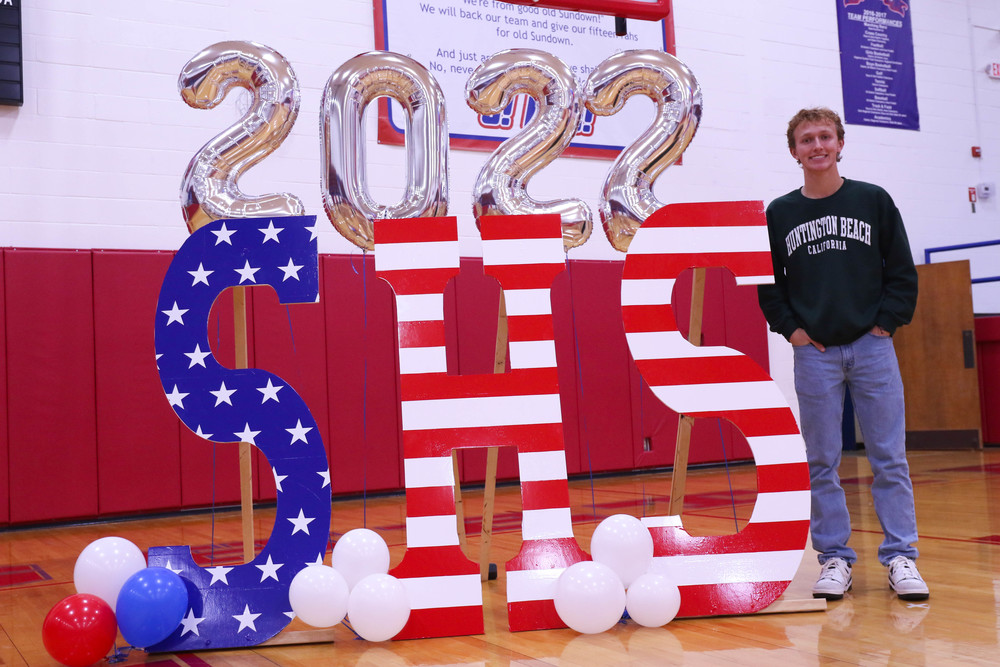 Gavin Taggart enrolled as a Roughneck in 1st grade. Playing football on the playground at recess was his favorite memory in elementary. Messing around in robotics with Grayson, Spencer, and Robert in middle school stands were good times. While in high school, Gavin recalls meeting his best friend Chloe, running track, and accomplishing several goals as his best years yet.

Gavin has been awarded for both academics and athletics:

Gavin has been a part of the Leadership Class and Social Action, volunteering much of his time mentoring students as well as being involved in the community serving others. He was also a member of the National Honor Society. His favorite class was World Geography with Mr. Buchanan.

After being accepted to Rice, SMU, UT, and Tech, Gavin's plans after graduation include attending Texas Tech and majoring in either business, finance, or engineering. Gavin's parents have served as his role models while growing up. His favorite quote is, "You miss 100% of the shots you don't take" -Michael Scott. Gavin's advice to underclassmen is simple, "Do what makes you happy."

Best of luck to you Gavin and the rest of the Class of 2022, in all of your future endeavors.