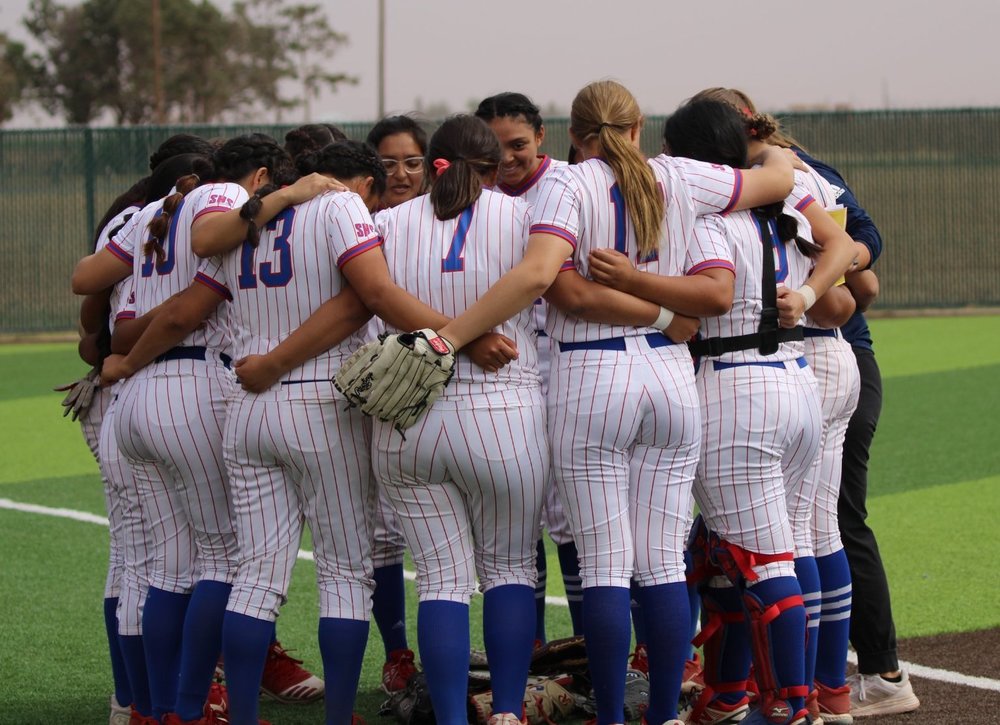 The 2021-2022 Roughette Softball team has played an outstanding season so far! Coach Meagan Gonzales, also known as Coach G, has been pumped this season considering all of the incredible improvements that have occurred over the past year. The team has not only become a better team on the field, but bonded away from the game as well. From the outside looking in, the team chemistry has turned around and has built a foundation for success.

Coach G played softball for 10 years, and she coached softball for a total of four years. She recently stated that the win against New Deal has been the most fun and hyped game she has ever experienced. During that game, every single player on the line hit the ball. Sahaira Reyes, a senior, went 3 for 3 and started the Roughette rally. Following up, Ashlynn Lara, a junior, hit 2 for 3 and that included the game winning run over the Lady Lions. Junior Daniella Reyna, the pitcher, pitched both of the New Deal games in the same week, and did so in stellar fashion. It was a clean sweep for the week as the Roughettes won both games, moving them up in the district standings.

When asked who she looks to as a team leader, Coach G confidently said that senior Alice Melendez, a senior, was who she first thought of. Alice has played softball for a total of three years, and two of those years were with Coach G. When I asked how she felt that Coach G considers her a team leader, Alice replied, “It’s an honor, but I can't say that I completely agree with her. I believe that I am a leader off of the field because those aren't just my teammates, those are my friends. I know all of them on a personal level, so that makes it easier off of the field. On the field we have a job, so it is a lot harder to tell them that they're wrong and correct them, but I know we have to do it for Daniella.”

The softball team also had an amazing game against Hale Center on April 23rd. They controlled the game from the start  and finished with a winning score of 13 to 7. The game was very exhilarating for all of the girls. During the game, all of the girls were so hyped up. After their amazing win at home over the Owls, the team celebrated their seniors that will be graduating in May. This year there are four seniors: Bridget Reyes, Sahaira Reyes, Fatiymah Moody, Idaly Maldonado, and manager Katy Lujan.

Coach G is very pumped going into the playoffs. “I am excited because last year we were not in the playoffs and this year we are, so I am definitely fired up as much as the girls are. It’s been fun to watch them get better every game, so they definitely deserve it.”

The Sundown Roughettes play for a bi-district championship in Lamesa at 6:30 p.m. on Thursday, April 28th, against Colorado City. Good luck to our Roughettes!