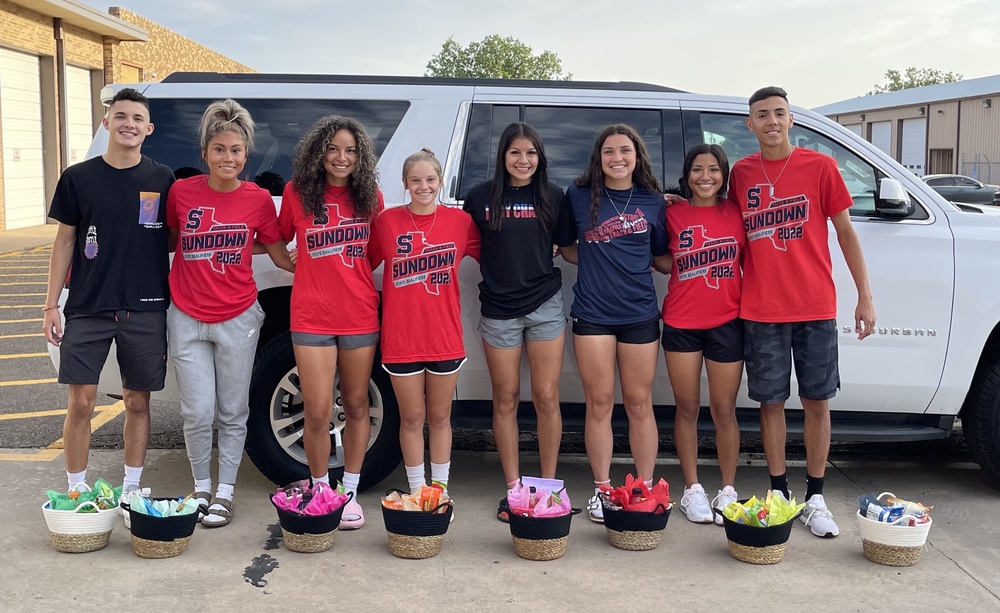 At WTAMU on April 29th and 30th, Sundown’s Roughnecks and Roughettes track teams competed with the best athletes in Region I to qualify for state.

The state track meet took place on Friday, May 13th at Mike Myers Stadium in Austin, Texas. The girls 4x200 relay, Allie McCormick, Ariel Hernandez, Micaela Hernandez, and Natalie Urias,  placed 5th in the STATE with their fastest time of the year at 1:46.76. The time between 2nd and 5th Place was only 0.67 seconds. Congratulations on  competing at the highest level, ladies!

Finishing out the Roughneck sporting season for 2021-22, Junior Koy Torres had a 9th place finish in the 1600m run with a time of 4:48.24. As expected the field was competitive and Koy represented SHS with guts and grit. Way to go SHS!